Taking the pulse on hotel security

What would be an ideal security wish list for a hotel? Security experts share their experience and insights with the Future Lab.

“The dream for every hotel security system is to have online locks,” says Peter Daelemans, director of security, Starwood hotels Benelux & France.

Simple, online keycard access is important for the Starwood hotel chain, which comprises some of the world’s biggest and most luxurious hotels including Le Méridien, Westin and W Hotels. “I have 850 locks in one hotel and the dream is to push one button and a new card is made or deleted and the lock 25 floors up receives the information,” says Daelemans.

“That would be a dream for us, with offline systems gone forever…”

Having an online system also helps prevent theft. “With access key cards to rooms, elevators and back of the house you can track and prevent theft, by easily blocking entry to doors.” And why have separate CCTV and locking when you can get everything on one VPN platform, he continues. “That would be a dream for us, with offline systems gone forever…”

Daelemans welcomes a more “virtual hotel,” with increasing technology and integration of systems. “We are moving from simple locking systems into a single full access and building management system that integrates access, controls temperatures and much more.”

Chad Callaghan, a consultant for the American Hotel and Lodging Association, also wishes for more integration: “If I had unlimited money and technology I would like to see a fully integrated system including access control locks, CCTV and all things communicating with each other. We’re on the precipice of getting all that,” he says, pointing out the integration of key cards with energy management systems and in-room safes as an example.

The problem of room theft has been eliminated to a large extent, but hotel security has a new set of problems…

Callaghan, who recently retired after 35 years as Vice President of Safety and Security for Marriott Hotels, has seen many changes in the industry. “We’ve mastered so many of the problems with the help of technology,” he says. “When I started working for Marriott our biggest problem was stealing from guest rooms. Today we don’t have too many problems with that because we have fully electronic locks and empirical data showing if someone was in the room or not.” This makes it easier to trace and catch thieves, while the electronic locks make it harder to break into rooms by copying a key. “We also have the ability to issue a new key every time a guest checks in.”

The problem of room theft has been eliminated to a large extent, but hotel security has a new set of problems says Callaghan, citing civil lawsuits against hotels for negligent security.
This is a big concern in the United States and Callaghan sees Australia and the UK going down the same path.

“Understanding what you can be sued for is something the security industry and hotel business needs to focus on,” he says. “Liability exists in so many ways that it is hard to imagine sometimes.”

Terrorism is another threat, he adds. “The further we go away from 9/11, the harder it is to think about terrorism prevention, but we can’t let our guard down. Terrorists are very patient and 10 years is nothing in the scheme of things. The challenge is getting hotel management to maintain security and continue putting money into it.”

Convincing hotel owners to invest in security is an on-going challenge acknowledges Daelemans. “It is important that vendors not only sell a product, but also outline clear cost savings for the owner,” he says. “For example, it is important to show how integrating access with heating and cooling systems can cut energy costs. Hotel owners are looking at price first, along with the lifetime of a system.”

“Hotel personnel, from housekeepers to IT managers and security people, have great ideas and I think vendors should get advice from us, to find out what we really need.”

Daelemans envisions more hotel partnering with vendors and manufacturers to create visionary and useful solutions. “Together we need to think outside the box,” he says. “Hotel personnel, from housekeepers to IT managers and security people, have great ideas and I think vendors should get advice from us, to find out what we really need.”

Callaghan would also like to see such partnerships, in addition to a more coordinated effort between access providers and other vendors.  “Hotels are in the customer service industry and we expect our vendors to be service minded as well,” he says. “They need to have a vested interest in understanding hotel needs and seeing a product all the way through, rather than selling it and moving on. Products should be checked on a regular basis, especially as we get into more integrated and complicated systems.”

Any other future visions for hotel security?

Callaghan sees more near-proximity RFID cards that don’t require swiping. He also envisions guest loyalty cards being programmed to provide hotel and room access. “Biometric fingerprinting should be explored,” he adds. “That’s down the road a ways but it will happen. Guests want a mixture of both convenience and security. If it’s inconvenient or imposed on them then they don’t want it.”

“Why limit integration to just one hotel? “In Brussels we have five hotels and are integrating more and more hotels to one location and control room for such things as fire detection.”

Daelemans envisions the paperless world: “Why not have your room card on an iPad system whereby the guest checks in and the signature is recognized?” he says.  And why limit integration to just one hotel? “In Brussels we have five hotels and are integrating more and more hotels to one location and control room for such things as fire detection.”

He also welcomes such things as automatic door openings in handicap rooms, saying that solutions should focus on guest comfort. “Let’s see what we can come up with by creating the future together.” 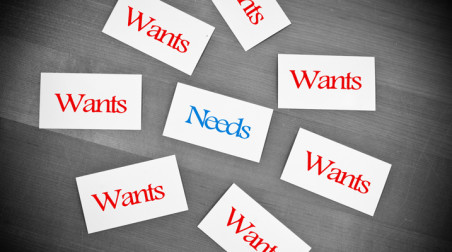