ONVIF, the Open Network Video Interface Forum, is establishing standards for IP-based video systems. It is one of two new organizations aimed at unifying this disparate field.

In the pre-digital days, manufacturers of video surveillance equipment had it easy: they either made their cameras conform with the PAL or NTSC standards. The Phase Alternate Line encoding standard ruled Europe and much of the world, while the National Television System Committee standard ruled much of the Americas and parts of East Asia.

In those days of certainty, choosing between the analog standards wasn’t akin to choosing sides in a football match; each standard was regionally specific.

But along came the Internet, global manufacturing, and digital surveillance equipment, and that was the end of the tried-and-true video standards. No longer would the rules that governed the analog world for nearly a century suffice. The new, more sophisticated digital equipment was being connected over vast distances through Internet Protocol networks, and the traditional analog encoding protocols no longer cut it.

These new cameras all came with proprietary technology, and that meant that swapping out equipment between different manufacturers required labor-intensive programming and custom-designed drivers, if they could be interfaced at all.

“The IP video industry was sort of a headache,” says Tony Yang, international marketing director for Hikvision Digital Technology Co. “Nothing was compatible.”

The Open Network Video Interface Forum was founded in 2008 with the goal of unifying the disparate IP video field. With more than 200 member companies, ONVIF has already issued Version 1.2 of its video standards and Version 2.0 is expected to be out by the end of 2010.
While the first version of the ONVIF protocols focused primarily on video, the subsequent versions are going to include standards for access controls as well.

“What we found was that most companies are interested in standardization,” says Yang, who also serves as chairman of the ONVIF communication committee. “Across regions — in the US, Europe, Asia — they are all interested.”

But such ready acceptance wasn’t automatic. Yang says that Hikvision initially deliberated about whether supporting a universal standard was in its best interest. Hikvision had a solid market share already, and an open protocol would mean more companies could compete than before.

“We were in the position of questioning whether we should go in because we would have lost our advantage,” Yang says. “But, we saw standardization as inevitable. The market was coming and we saw it as opening a window.”

Andreas Schneider, Europe Technology Standards Officer for Sony, and Chairman of ONVIF Technical Services Committee, agrees. As one of the founding members of ONVIF, Sony saw standardization as an essential step in helping the IP video market to mature.

“If you want to grow a market and accelerate the migration from analog to IP in a market, this is the only way forward,” Schneider says. “You cannot go proprietary. Before you had your islands. But when you want to integrate these systems in the long term, standards make life easier for all integrators and end-users in the industry.”

With an established protocol for video equipment in place, IP-based cameras and surveillance equipment could be easily interchanged, regardless of who manufactured it, as long as the equipment follows the ONVIF specifications. This translates into more choice for the consumer and less hassle for systems integrators.

Even though many manufacturers agreed on the importance of developing a standard protocol, that doesn’t mean ONVIF is the only option available. Another group led by industry giant Cisco Systems is also busy developing a standard for IP security systems called the Physical Security Interoperability Alliance, or PSIA.

With two standards available, some companies are picking sides, while others, such as Hikvision, belong to both organizations.

When both organizations surfaced over the past few years, many people assumed that, like PAL and NTSC, the ONVIF and PSIA standards would be regionally specific. But Yang says that doesn’t appear to be the case. “We used to think ONVIF was European and PSIA was American, but our experience is not that. We have customers from every region requesting every standard. It is very universal and we will provide whatever our customer wants,” Yang says.

The goal of both bodies is the same: ensure that IP-based surveillance equipment is available and interoperable with as many different systems as possible.

“Whenever you discover new ground, you take risks,” Schneider says. “For Sony, as we were driving the migration from analog to IP, we knew that the market required standards and it would benefit the entire industry as well as our leading position in the IP video market. There was no Plan B for us. We knew that was where we wanted to go and we had to develop standards to get there.” 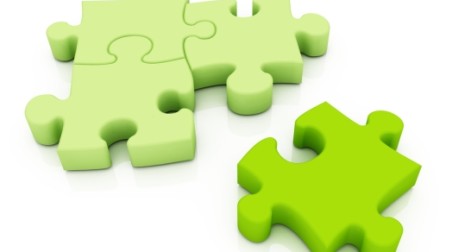