A futuristic smart lock system resembling an animated robot character has been voted the most innovative design in a competition held for industrial design students. This took place in Stockholm this week at ASSA ABLOY’s Shared Technologies head office. It has been a collaborative project between ASSA ABLOY and Stockholm’s University College of Arts, Crafts and Design (Konstfack). Shared Technologies is responsible for the development of group products, platforms and interfaces.

The project began six weeks ago when the students were invited to make a digital door lock installation that uses new technology, can fit easily into a smart home and that people actually will want. Over the course of the following six weeks, the students who worked in four different groups (HAM, Delight, BAM, Lock the lock), generated ideas, undertook research, conducted workshops and prototyped final product designs. ASSA ABLOY and Konstfack staff held tutoring sessions with the groups along the way. 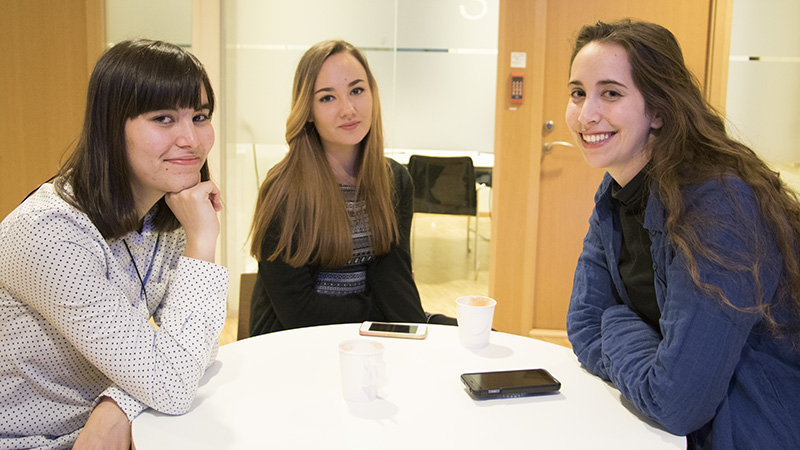 They come up with a totally new perspective on things compared with our regular thinking.

The final designs were presented to a panel of judges made up of innovation and intellectual property experts from ASSA ABLOY this week. The judges rated the products based on how innovative the designs were, how much the designs took into account user experience, how easy the designs can be commercialized and how well they fit in with ASSA ABLOY’s brand values. 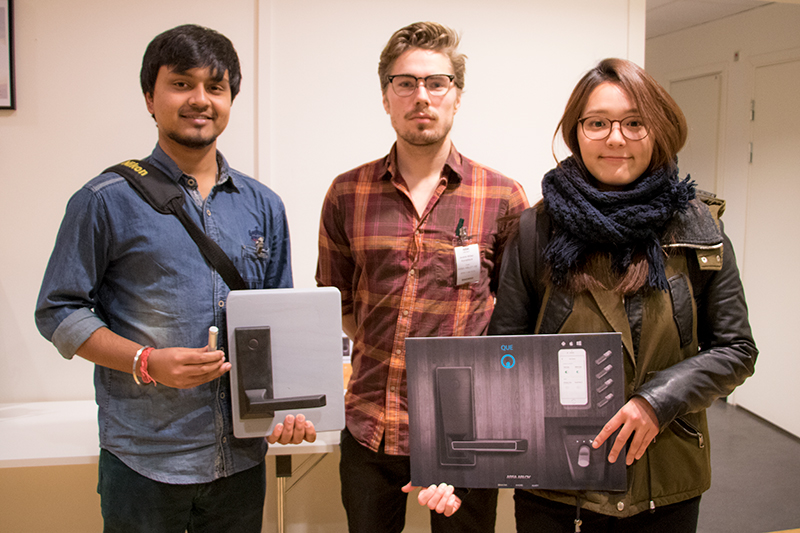 There were some striking commonalities between the final designs presented by the students including the use of generators that used kinetic energy to power the digital locks.

Each group also reported that the feedback gathered from surveys and workshops with potential end users, spoke strongly of people’s fear of digital and smart locks. People wanted familiarity and devices that felt mechanical.

The winning design by the group called Lock the lock, was praised by the judges for its “innovative approach which took something people were a bit scared of and made it playful.” 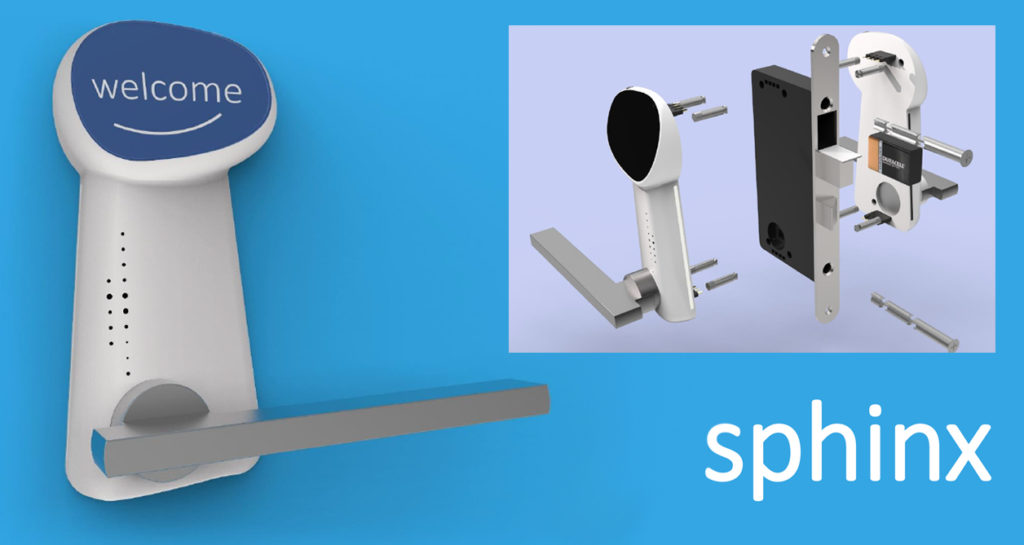 Sphinx is the winning design by Max Lennaárd, Victor Alge and Michal Simon (as pictured top of article) from group Lock the lock.

Michal Simon, from the winning group said, “The most challenging aspect of being innovative was confronting the fact that people don’t like digital locks so much. So we felt like we needed to force them to like it. Because that’s the future and that’s the thing that we are actually trying sell.”

The group’s design, called Sphinx, had familiarity in the design in that it looked like a big lock symbol, but was also very futuristic, while being friendly. It reminded one of the judges of WALL-E, a robot character from the animated Pixar film.

“This system has a familiar design, but we don’t want to hide that it is digital, we want to make digital friendly,” said the group in their presentation of Sphinx. “And while it connects to smart phones, if you don’t have a smart phone it will make your home smarter.”

The Sphinx system is totally customizable and provides different end users within the same household a whole range of options for how to use it. Younger people can use voice recognition to open the door for example, while grandparents can use more traditional methods. And as well as providing information to smartphones such as who is knocking at the door, the lock system also projects information onto the door itself about things like travel or weather conditions. 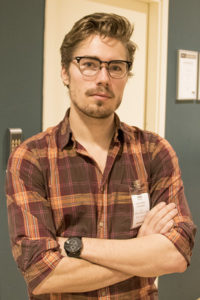 “The priority for industrial designers is to connect products with the people using them. Our main job is to connect to people.” – Andre Miller from group BAM

Catharina Tunberg, General Manager of Shared Technologies said, “This event has been so inspiring. Getting ideas from young students on things that we work with on a daily basis is so good because they come up with a totally new perspective on things compared with our regular thinking. We as older people or an organization often think we can be mentors for younger people, but often I see that it is actually the opposite way around.”

Last year Shared Technologies undertook a similar project with engineering students at Stockholm’s Royal Institute of Technology (KTH). This year, they wanted to see what kind of perspectives industrial design students could bring.

Student Michal Simon added, “Industrial designers bring feeling to the innovation process. We don’t just deal with technological issues. We deal a lot with how people feel about the lock and how they communicate with it and the design is therefore based more on user experience.”

Special mention to Maria Wikforss and Adnan Yafi from Shared Technologies who initiated the project before the Summer. 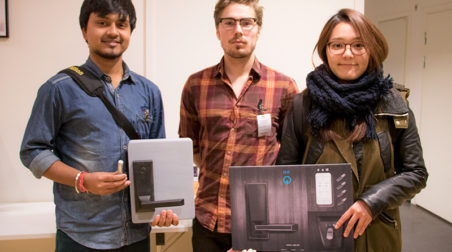 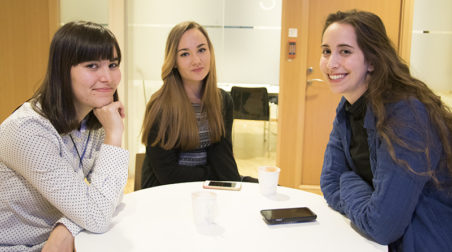 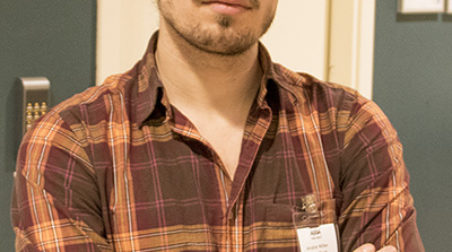 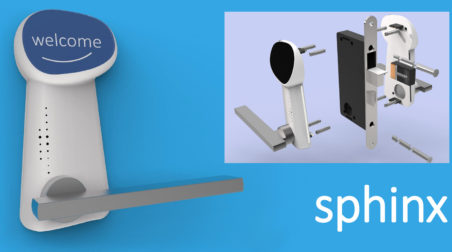 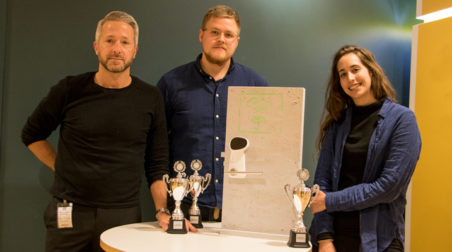