Technology is helping improve safety and security at football stadiums and could help consign the crowd disasters of the past to history.

Putting 60,000-plus people into a football stadium does not come without risks. Poor design, bad management and failures of police control – often in combination – have in the past led to disasters such as the Bradford City stadium fire at which 56 people died in 1985, and the Heysel Stadium disaster of the same year in which 39 fans died.

But it was the 1989 Hillsborough disaster, in which 96 Liverpool fans were crushed to death, which led to a new approach to safety at football stadiums in the UK, and then around Europe: all-seater stadiums, removal of fences, and new strategies for getting supporters in and out were all brought in.

Today it is increasingly technology that is making football stadiums safer. “Technology is not a cure-all but it can provide some very useful tools for access control and monitoring,” says Ben Veenbrink, an adviser to UEFA on stadium issues who has been involved in assessing the sites of the 2012 European Football Championship. The fundamental principle, he says, is to count and control how many people enter the stadium so that the maximum safe capacity is not exceeded. “When you have an electronic access control system linked to the control room you can see in real time how many people are entering, what the flow rates at the turnstiles are, and how many people you are expecting in a certain sector of the stadium,” he says.

At Arsenal Football Club’s Emirates Stadium in London, which is one of the most modern and high-tech stadiums in England’s Premier League, proximity cards allow Stadium and Facilities Director John Beattie to keep track of the position of his stewards, while the majority of supporters swipe membership cards to pass through the turnstiles. “The ticket has become just a piece of paper with information on it,” he says.

Veenbrink expects internet-based ticketing and access solutions to come into use for top-flight football matches, although he does see problems with this approach. “We are going towards full integration with ticketing via the Internet, as with modern airlines where you get your boarding card on your smartphone, put your phone on the reader and you board the plane. The same is possible in a stadium, but here you have tens of thousands of people to process in a short period of time, as opposed to hundreds boarding a plane. Some stadiums have experimented with this, and maybe with further developments like RFID in mobile phones, these technologies could break through.”

“If you cage people they will act like animals”

Design and stewarding are also crucial elements in stadium safety and security. Getting rid of fences has been a major step forward. “If you cage people they will act like animals,” says Veenbrink. “On the other hand if fans are received well, get good facilities, a good view of the pitch, and there is a nice young lady showing them to their seats, then why would they do anything?”

Veenbrink says biometrics – such as fingerprints or iris scans – could become commonplace at major stadiums in the not too distant future. “There are stadiums where they are experimenting with this already, but as with airport security after 9/11, you are affecting everyone to eradicate a problem caused by a small minority,” he says. “With football there is a known group who cause trouble so we need ways to prevent them from causing trouble rather than putting up fences – physical or otherwise – that affect all visitors to the stadium.”

While facial recognition systems have been trialed at NFL games in the US, Beattie is not convinced of their use at stadiums. “When people come to football grounds they have a tendency to wear scarves and hats,” he says. “If someone on a cold day has got a scarf over their mouth and nose, are they doing it because it’s cold or because they don’t want to be recognized?”

A phenomenon called crowd turbulence occurs when crowd density reaches a critical level of about six people per square meter. “Above this threshold it is very difficult to control crowds and the likelihood of accidents increases,” says collective behavior expert Mehdi Moussaïd. “So keeping the density below that critical threshold is extremely important.”

“We wanted a tool that could predict what will happen in a crowd given the environment, the number of people, and the reason why they are there”

Moussaïd and his colleagues at the University of Toulouse have developed a computer model that, combined with GPS and CCTV systems, could monitor the crowd in a football stadium and in real-time give warnings to prevent a disaster. “We wanted a tool that could predict what will happen in a crowd given the environment, the number of people, and the reason why they are there,” says Moussaïd.

The model he and his colleagues developed can help do just that. “You enter into the model the environment of the stadium – the location of the exits, the restrooms, anything that can motivate people to move – plus the number of people that you expect and the time at which they will arrive, and the model does the simulation.”

The model tells stadium staff where in the stadium crowd density is likely to reach critical levels and where accidents are likely to happen. “Updating the system with information from a monitoring system, such as CCTV or the GPS on the crowd’s smartphones, would allow you to track people in real time and predict the situation with a reliability that is missing in such models at the moment,” says Moussaïd.

“Updating the system with information from a monitoring system, such as CCTV or the GPS on the crowd’s smartphones, would allow you to track people in real time and predict the situation with a reliability that is missing in such models at the moment”

As often with safety and security issues, there is a balance at football stadiums between how strict you want to be and how much you want to inconvenience people. “Safety should always come first, and then there should be a balance between security and customer service,” says Veenbrink. “For the fanatical fans there should be more emphasis on security, and when it comes to corporate hospitality the focus is obviously more on customer service. But that doesn’t mean that someone in the corporate hospitality area won’t get drunk and start misbehaving. In terms of safety I believe a stadium can be 100% safe. When it comes to security you have to ask what price you are willing to pay for it.”

After 25 years with Arsenal, Beattie says stadiums have become “immeasurably” safer thanks to technology. “When I started the only technology we had was 18 radios for casual staff looking after our exit gates. Safety was something that just sort of happened. Today we have a perfectly safe environment, but we are always looking at new ways of making it safer.” 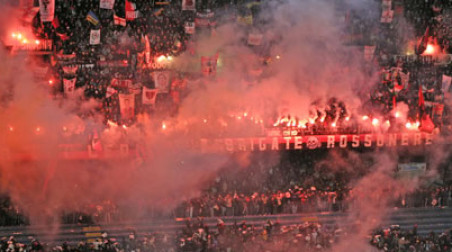 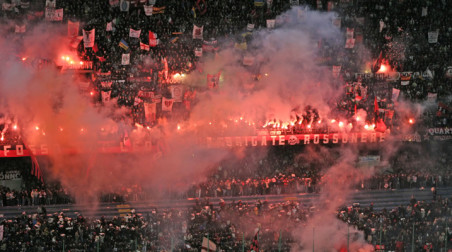