Sniffing out a suspect

Imagine a scene where investigators approach a suspicious person waiting in line to board a trans-Atlantic flight. He is wearing a hooded sweatshirt, oversized sunglasses and heavy gloves. Before he even says a word, the investigators have scanned the unobscured areas of his face with a surveillance camera. They picked up an odor signature as he approached a hidden sensor at the ticket counter and they covertly picked up his heart rhythms as he leaned against a metal handrail.

With biometrics research being done right now in labs across the world, this type of identification and insight could be reality in a matter of decades.

While most of the best-known research is being done in the traditional fingerprint, iris and face-recognition fields, other researchers are exploring traits ranging from the body’s electrical charge, human odor, and even “boneprints” as potential methods of identifying and gaining information about people in more reliable ways than ever before.

“The market for biometrics is very hot, and that is encouraging many people working in the field to look into some different areas of the human identification,” says Anil Jain, computer science distinguished professor at the Michigan State University, and director of the Biometrics Research Group.

The case for fingerprints is an easy one. Forensics investigators have been using them for more than a century to identify people, and the technology is reliable and widely available. “Iris scans and face recognition are also maturing to a similar level of acceptance and reliability,” says Zack Martin, editor of Regarding ID, an identification and biometrics trade magazine based in Tallahassee, Florida.

But even with the massive databases of fingerprints available and the rapid movement in iris and face biometrics, researchers are still looking to expand the uses and modes of biometrics far beyond the current capabilities.

One reason research into new biometric areas is so attractive, says Arun Ross, associate professor of computer science and electrical engineering at West Virginia University, is because current biometric technology has limitations when dealing with non-cooperative subjects at a distance.

Those uncooperative suspects, such as the hypothetical man in line at the airport, is one reason the US Department of Homeland Security is hoping to soon be able to quite literally sniff out the truth.

Homeland Security officials are hoping that biometric signatures contained within each person’s unique odor may lend some insight into a subject’s disposition, and may even tell if someone is about to tell a lie. This would be especially useful during security screenings and interrogations if this technology proves to be viable and scalable to the point that covert odor detectors could be developed that work without the knowledge of the person being scanned.

Some researchers speculate that the odor markers may even develop to the point that officials could use odor to identify specific individuals.

Other researchers are looking further inside the body to find better identification markers. One line of research is pursuing a person’s electrocardiogram. Researchers hope that the unique rhythms and patters contained in each individual’s heart rate may serve as a non-invasive and reliable identification marker.

Another internal identifier that is proving promising is to use “boneprints” as a fraud-proof form of identification.

Just as fingerprints capture unique patterns on fingers, Boneprints would rely on an acoustic scan of a specific bone, such as a thumb. Sensors would record the bone density and other identifiable characteristics, creating a template which may be used to provide an identification marker that could not be replicated.

While these new lines of research may seem like esoteric outliers right now, Martin says they remind him of another emerging technology that failed to gain widespread acceptance early on — palm vein scans.

A palm vein scan captures the unique patterns made by veins in an individual’s palm. And while they aren’t as popular as fingerprints, Martin is now seeing them being used in ATMs in Asia and Brazil, as well as with a handful of health card providers in the US.

But before the orders for new biometric devices, such as boneprint readers, begin rolling in, people may need to stop and evaluate the technology from a business perspective. That’s because, even if the new technology works, if it is too expensive, or if the readers are too invasive or unwieldy, they wouldn’t be practical, says Jain. “If there is no business model for a biometric system, then it just isn’t going to take off in the commercial sector.”

But that’s not to say that new technologies don’t have their place.

“The more we interact with people over cyberspace, the more critical it is to establish identity in a reliable and robust manner,” Ross says. “Furthering the technology beyond what we currently have is going to become important.” 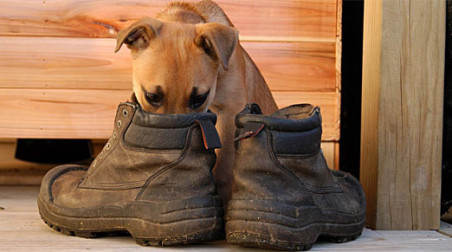