It used to be so simple. You had a big power plant here, people using the power there, and power lines between them. A man in a van went round to read the meter – and that was electricity!

But the future will be different: power lines are becoming two-way streets. Not only is electricity from rooftops and cellars going the other way along the power lines; but data is traveling in both directions too.

Welcome to the Smart Grid. It is being developed in part to accommodate renewable forms of electricity generation, like solar and wind, but it is also being designed to encourage more efficient use of energy, by using power when it is available instead of generating it to fulfill whatever demand turns up. Flattening the peaks of demand fits the new age of less predictable generation, as well as the need for lower carbon dioxide emissions. Currently, electricity costs much the same whenever you use it, although utilities have to pay extra both for peak capacity and to get rid of a surplus at night. With the Smart Grid, pricing will be adjusted much more closely to the market.

But all this needs data – and smart grid data is turning into a new battlefield. Who owns it? Who stores it? Who regulates it?  Who secures it?

None of these questions has yet been answered, but the debate is in full swing.  Andy Bochman, a founder of the Smart Grid Security Blog, says, “If information can flow back upstream, bad guys can insert dangerous information or commands.” But, he adds, there’s no need for alarm about the risks of what he calls “the power grid overlaid with the Internet.”

“The Internet is not free of security risks,” he points out, “but it still functions with enough reliability. Almost paradoxically, while the Smart Grid will be less secure, it is likely to be more reliable. It will detect looming trouble through better sensors and diagnostic systems, and as a self-healing system, respond automatically and far more rapidly than before.”

The problem, says Bochman, is that utilities aren’t used to dealing with large amounts of data, and that’s what the Smart Grid is about, with meters delivering usage figures from customers every few minutes. “The problem will be protection,” he says, “and how to extract business value from the huge quantities involved.”  Luckily, big software companies, like Microsoft and Cisco, are already interested in helping utilities with their data challenges.

As Bochman says, data protection is a major issue. Customers have reason to be worried if outsiders can tell they’re on holiday because they’re not using power, or even that they always take a shower at 8:00 am. Electricity usage patterns can be revealing: they can show when you put the kettle on, what time you eat dinner or how often you do the laundry.

And some utility companies are actually reaching inside your home and tweaking your air-conditioning whenever they have peak demand. Such ideas caused a storm in California when a new building code was proposed which would have allowed programmable communicating thermostats. Although the consumer could override them, the uproar led to the proposal being withdrawn.

California power industry analyst Jack Ellis has an alternative: “Instead of the utility controlling your equipment,” he suggests, “it could send out electricity prices (which is what it’s really all about), and allow you to determine how you use your power. It could pay you to make ice at night with which to cool your house during the day.”

EnerNOC of Boston is already paying users simply not to use energy. It mediates between utilities and commercial and industrial customers, and installs technology allowing it to reduce customers’ power consumption at short notice in response to a utility’s need and in exchange for payment.

“Although it’s demand response, it looks like a supply-side resource to the utility,” says Gregg Dixon, senior vice-president, marketing.  Demand response, he says, is essential to the Smart Grid, since consumers have to make money out of it if they are to play along. “Our customers have made US$200 million and it hasn’t cost them anything,” boasts Dixon.

Financial benefit is one of the attractions of a pilot project in Mannheim, Germany, run under the German government’s E-Energy program, which features the Energy Butler, developed by the Fraunhofer Institute for Wind Energy and Energy Systems Technology (IWES). The Energy Butler determines efficient usage on the basis of a daily price list and controls the home’s electrical devices by radio, although the consumer can override it. Studies suggest that participation in the energy price market can reduce power consumption in the home by about 10 percent, and can shift at least 15 percent to off-peak periods.

But the consumer’s privacy is maintained: the utility company doesn’t know what the Energy Butler does, and the meter, which measures usage every fifteen minutes, only makes detailed information available to the consumer. Dr David Nestle, head of Decentralized Energy Management at IWES, says, “Access to data should only be on the basis of need and the utility doesn’t need this data.  The utility only needs the aggregated totals at the various prices.”

So far, the debate about the Smart Grid has mainly been among industry insiders. There is evidence to suggest that most consumers are not prepared to do much to reduce electricity bills, even if they complain about them. “The consumer is not on fire over this issue,” admits blogger Bochman.  But there was a revolt in Bakersfield, California, when users felt that the Pacific Gas and Electric Company had failed to reduce their costs after introducing smart metering. “Utilities are not used to communicating with their customers, and that’s going to have to change,” says Bochman.

Such public relations disasters are a real setback for the development of the Smart Grid and IWES’s Nestle sees privacy as a major vulnerability. “Utilities should encrypt their system communications,” he says. “They haven’t done this before because such communication has only been internal. And there’s a temptation not to deal with the issue in order to get to market first. Right now there isn’t much risk, since there are not many people involved. But when this is bigger, criminal gangs could find it worthwhile to get at the data.”

And it would be a disaster if the big news about the Smart Grid were a hacking attack. 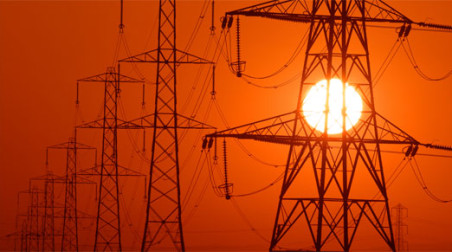