Growing climate change concerns and constantly rising energy prices are increasing demand for environmental solutions in the home – from the simple to the sophisticated.

Low-tech ways to save energy at home can be cheap but effective, such as draught-proofing using tighter window and door seals. If every household in the UK, for example, used the best possible draught proofing, every year enough energy to heat nearly 400,000 homes would be saved, according to the Energy Saving Trust.

Choosing wood windows and doors over uPVC (rigid PVC) will also reduce a home’s carbon footprint. It takes eight times more energy to manufacture a uPVC window than a timber one, and the lifecycle cost is some 14-25 percent higher than for wood.

Right at the other end of the technology scale, solutions that exploit the growing popularity of smartphones are emerging that could have a significant impact on energy use – and have security benefits too.

Consider that an average American home has 40 products constantly drawing power in standby mode, accounting for almost 10 percent of residential electricity use. Technology is now available with which a homeowner, using a system controlled by a smartphone, can switch off all the power sockets in a house – and all the lights too – when going to bed or leaving the house. Being able to switch on all lights using the same system can heighten the sense of security at home.

“With energy prices constantly rising, interest is growing and these technologies will only become more common.”

Such a system can be expanded to enable heating or air conditioning systems to be switched off when a window is opened, thereby reducing energy use. Once this technology is in place, other security and energy-saving functionality can be added. Install an occupancy sensor and heating or cooling can be turned on or off when someone enters or leaves a room. The system could also alert the homeowner via their mobile device if an intruder enters the house.

At the heart of such systems are wireless switches, sensors and controls from companies such as EnOcean. EnOcean’s technology is also self-powered: turning a door or window handle generates the energy to send a signal to a phone to say that the door or window is open. Motion, light or even temperature differences can also power the signal.

While such functionality sounds like something for luxury homes, Andreas Schneider, EnOcean’s co-founder and chief marketing officer, says it soon pays for itself because of the energy savings. “These applications are often considered to be expensive, but if you install sensors to optimize your heating controls the return on investment is just 18 to 24 months,” he says. “With energy prices constantly rising, interest is growing and these technologies will only become more common.” 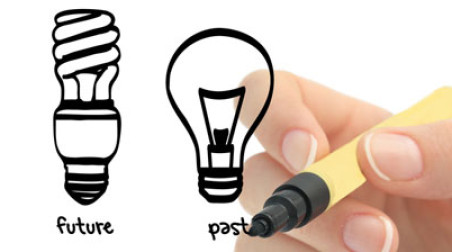