Railway stations, tracks and yards are coming under increasing scrutiny as security needs are elevated in the transportation sector.

Imagine if every time you wanted to travel by train, you had to go through airport-style security. You’d turn up at the station an hour early, and your train would go non-stop to its final destination, not picking up passengers on the way.

That would solve quite a lot of security issues, but it would change train travel as we know it. What makes train travel so convenient is precisely the fact that stations are in city centers, you can just jump on the train and get off where you want.

Railways are the safest inland means of transport.

In addition to the ease of access to trains and stations, railways run for thousands of kilometers at ground level, often with no fences to control access.  At least an airplane is hard to reach once it’s in the air!

All the same, says Jacques Colliard, Head of the Security Division of the International Union of Railways, railways are the safest inland means of transport. Although there are no official international figures, he says “the number of incidents per kilometer is very low.”

When there is an incident, it makes headlines. Over the years, most attacks have been on commuter lines, where most passengers are to be found and where frequent boarding and alighting makes it easier for people to avoid attention. Only in India do express trains seem to have been a major target.

And as Colliard points out, it is difficult to tell how high the risk is. “You can only look at where the railways are vulnerable.” 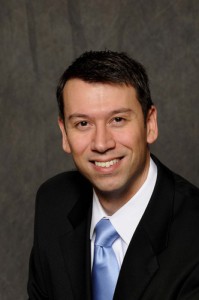 “Most of the railroad infrastructure is a very soft target” says Peter Boriskin, who recently joined ASSA ABLOY Americas.

They’re probably more vulnerable in big stations, with huge numbers of people passing through and many partners involved – stores, restaurants, and maybe several different railway operators. Tunnels too are particularly vulnerable because incidents there may be more dangerous.

Peter Boriskin, who recently joined ASSA ABLOY Americas, and has designed security systems for railways in the past, says, “Most of the railroad infrastructure is a very soft target.”

But you can’t monitor every centimeter of track, and this is where railways have to estimate the vulnerability of their huge variety of installations. As Boriskin says, “It will only be used where tracks approach habitation or for particularly critical switches.”

Railway stations are lively places. Once there would have been a station restaurant and a newspaper shop, but now major stations are more like shopping malls with access to railway tracks. So the usual threats of theft and vandalism are also present, and Colliard points out that it’s pickpockets who affect more people than terrorists.

“You have to deal with people’s sense of insecurity, and daily delinquency is what creates that feeling,” he says.

Working to ensure security means working with the state authorities – that can range from sharing video information for prosecution to legislation regulating the rights of railway personnel to carry out security duties.

Unlike safety, which Colliard says is entirely the responsibility of the operator, security is really the job of the state, but, as Colliard admits, no operator could say to someone involved in an incident, “Sorry, it’s nothing to do with us.”

So security is a matter of cooperation, and every state organizes it differently. Some have special railway police, others allow operators to have their own armed guards, while in some countries, operators hire private security from outside suppliers.

Especially in Europe, where trains operate easily across borders, the incompatibility of the security framework is a challenge which still has to be tackled, and it’s one of the priorities for the International Union of Railways.

Colliard notes that, with the increasing liberalization of the market, there are often several operators operating on the same tracks and in the same stations whose security provision also has to be coordinated. When risk levels are deemed to be high, police may be patrolling stations with machine-guns, but there’s a lot of security that goes on quietly behind the scenes all the time.

Railway security for the 21st century

But one problem is that much of the infrastructure is old and was never designed to carry modern security protection. In spite of all the electricity there is in subway systems, for example, there may not be much communication infrastructure down there. Boriskin has fitted wireless systems to get the functionality without too much disruption.

“You can’t imagine the proliferation of brass keys for stations that have been around for years”.

As with many other old facilities, the management of keys can be an issue. “You can’t imagine the proliferation of brass keys for stations that have been around for years,” says Boriskin.

A programmable key system might make that a lot easier to manage, especially taking into account staff turnover – and such a key system can also be retrofitted.
“New stations are taking security seriously: it’s baked into their specifications,” says Boriskin.

Ten years ago, railways weren’t so focused on security admits Colliard. “But now, security has become a challenge,” he says.  Railway companies know that serious attacks on trains will damage people’s confidence in their operations, and it’s up to them to ensure that passengers’ confidence remains justifiably high. 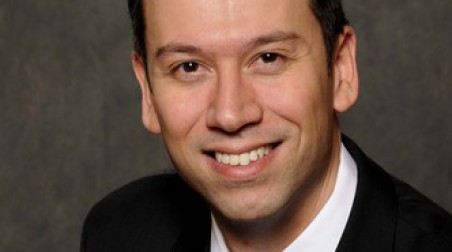 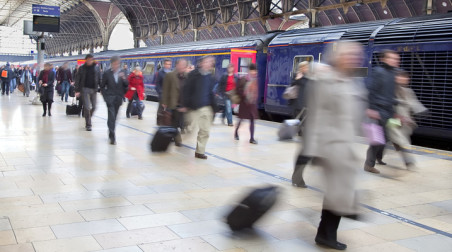