The Security Essen trade fair has been going strong for 19 years. The 2010 event, held from October 5-8, was the most international one so far.

More than 40,000 visitors from 113 countries came to see over 1,000 exhibitors at October’s Security Essen trade fair in western Germany.

According to the organizers, over a quarter of the visitors were planning to spend more than 250,000 euros on security related issues in the coming year, and 12% had more than EUR 1 million to spend.

Armored cars were among the products which interested Ahmed Shahien of Ramex Gulf Trading in the United Arab Emirates.  His company, which has so far specialized in traffic managements systems for Gulf police forces, wants to branch out into security. “We’re interested in intrusion detection, night vision, video systems and armored vehicles,” he said.  He said he’d found plenty to interest him.

But it was not a year of striking innovation. Most visitors saw a further tendency towards digitalization and the use of IP, both in access control and video surveillance. It was hard making decisions. Mark Jessen had come from the Netherlands where he runs the security systems of a hospital.  Like many others, he said, “I’m looking for cameras, and there are a lot which are all very similar.”

In video, there was a strong trend towards higher definition and megapixels, but one solution was bucking that trend – a 16 pixel thermal imaging camera made by the British company Irisys. Inexpensive, and requiring very little bandwidth, It provides extremely schematic recognition of movement; at its simplest, it can be used to count people, but it can also be used on controlled entrances, to warn of tailgaters. Andrew Rimmer, business development director, said, “There are tens of thousands of them over checkouts in British supermarkets. The algorithms there are designed to see if the queue is getting too long, so that a new checkout can be opened.”

Another video development was featured by the Fraunhofer Institute for Applied Information Technology, which presented its Smart Eyes.”Smart Eyes: Attending and Recognizing Instances of Salient Events” (or SEARISE) is partly funded by the EU and is a cooperation of several universities.

The object is to get video content analysis to function in real time like the human eye and note only those activities which are significant. For example, in a football crowd, there will be plenty of movement in the stands as people wave flags, but that won’t be interesting. So Smart Eyes ignores that and concentrates on people doing things which they shouldn’t normally do, for example, jumping onto the pitch.

But the broad problem of many manufacturers making similar products was also evident in the lock industry. Tom Jenkins, national sales manager of Bastion, a British company making, as he put it, “discreet anti-ballistic protection,” felt that the field of electronic locks was rather overcrowded. It was a business he used to work in, and he said, “I’m struck by the evolution of electronic cylinders, but there are so many companies promoting similar products – there must be over a dozen global manufacturers.”

One unusual lock system was the Knock N’Lock.  Here a PIN is entered into a “KnocKey” and held against the door. The code is translated into a series of 18 knocks to which a piezo sensor in the lock responds, and the door is opened. The advantage is that there is no need for any door furniture on the outside of the door, and the same PIN can be used for multiple doors, including safes, lifts or vehicle doors. The system has also been developed as a method of locking guns: the barrel is closed with a stopper which can only be removed by the right series of knocks.

There were some continuations of the trends of previous years. Kai-Hendrik Schroeder of security system installer Safetron in Bremen said, “There’s a clear trend to wireless in video, and that’s making things affordable for more people, since it’s simpler to install.”

Another trend was the increasing integration of different systems on one platform, combining, for example, IT security, access control and fire alarm systems under one management. A number of companies offered new management software for such challenges.

Finally, a note about the winners of the Security Innovation Awards: a special prize went to the Berlin University for Professional Studies for its new Master’s degree course in “Security Management and Enterprise Security.” The service prize went to Kötter for an ID card holder with an integrated emergency call function.

The bronze prize for technology and products went to Morpho of France for a finger ID using both fingerprint and vein patterns. Kowa Europe won silver for its P-Iris (precise iris control) for CCTV cameras (developed together with Axis), and the gold award went to IEE of Luxembourg for its tailgate detector using 3D Modulated Light Intensity technology. 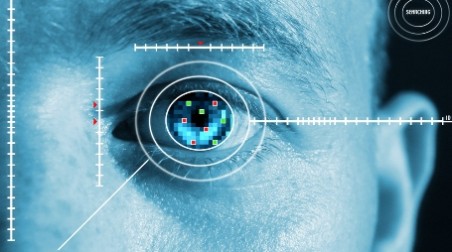