In a recent survey carried out for Choice Hotels Europe, 100 hotel managers said that the top amenity desired by business travelers staying at a hotel was free Internet. The second most important was good security.

Whether preventing a terrorist attack or theft from a room, many hotel security tactics overlap. The challenge is providing security without hampering guest comfort.

Specialists agree that security has become a major issue for hotels and their guests over the last few years.  “The threat level has become more obvious, and the equipment which each traveler is carrying is worth more than it was ten years ago,” says Hans Kanold, CEO of the Safehotels Alliance, which provides certification, training and consultancy for the industry.

“Things began to change with 9/11 and with the conflicts in the Middle East.”

Peter Daelemans, director of security, Starwood hotels Benelux & France, remembers that once upon a time, security was seen as a luxury: “You had a security guard in a uniform at the door, and that was it.” But things began to change with 9/11 and with the conflicts in the Middle East.

Bombs went off in hotels in Algeria and Indonesia, and, in such countries, security is still very obvious, with metal detectors and baggage checks as you go in.

But, whether it’s terrorism or theft from rooms, the same principles apply, says security consultant Philip Farina of Miami-based Farina and Associates: “You’re trying to prevent crime.  Terrorism is a worst possible scenario, but many of the tactics overlap.  For example, you need the same security awareness among the staff – looking for suspicious activity: it might be a terrorist; it might be a thief or a political demonstrator.”

In most cases, security is not visible to the guests. As Daelemans says, “It’s not Fort Knox.”  Who wants to feel imprisoned on the Riviera?  All the same, just like at home, a guest wants to be able to lock the door and feel safe.

And there are many tools available: Daelemans points to the possibility of programming key cards so that guests can only go to their own floor in the elevator, or you can have cameras and doors in the corridors.

Ten years ago, his dream was a centrally controlled locking system, and now, with online locking, he has what he wanted. “If someone lost a master keycard, you had to reprogram every lock in the building,” he says, “but when someone recently lost a master, I wasn’t even annoyed: I said, ‘Wonderful, now I can test the system,’ and I could completely deactivate that card with just one click.”

But Farina says hardware is only part of the solution – it all depends on the people: “Some companies have wonderful access control, but the accountability for the program is non-existent.  No-one knows where the masters are. There haven’t been any audits for years.”

“Where are the weak links? You need to look at the IT system, hiring policies, security procedures.”

As Kanold says, “You have to have accurate risk assessments and balance the security with the threat.” The hotels have to find sources for intelligence, and Daelemans points to the importance of good relations with the police and intelligence services.

But differing threat levels lead to different security levels, and Daelemans notes that, even in an international city like Brussels, there are many hotels without 24-hour security, even though they are open 24 hours a day.

And, as Kanold points out, there are huge differences in commitment: “There are hotels which are very keen to take care of their guests and staff, and many hotels which just don’t care.” There are many hotels without a security manager; in fact, it’s mostly about people and procedures, with the hardware backing that up.

Kanold insists the most important thing is “Training, training, training – constantly having drills for the staff. That’s particularly important in the hotel trade since the staff turnover is so heavy.” There are all kinds of events which staff has to know how to deal with, from fires and terrorist attacks, to guests being taken ill.

Farina says that every member of staff must be aware of security and have a basic training – not just the security specialists: “The staff are the gatekeepers, and if something doesn’t look or feel right, then they have to take it to the next level.”

He promotes what he calls the “10/5 rule” – every member of staff should catch the eye of anyone who is obviously not staff or contractor at a distance of ten feet (3.048 meters), and should greet them at five feet (1.524 meters), asking them how they can help. That way they can get a feel for when something isn’t quite right and take the appropriate action.

“It’s all about hospitality,” Farina says. “It increases customer service because the staff is being friendlier, but in the background, it’s also about security, since criminals don’t want to be noticed.”

Once upon a time, guests just wanted a nice restaurant, a good bed, and maybe a sauna.  Now, more and more are checking the security status of their hotel. Farina notes that, increasingly, meeting organizers are including security on their checklists.

All so that the guest can sleep more easily in what is probably a very comfortable bed. 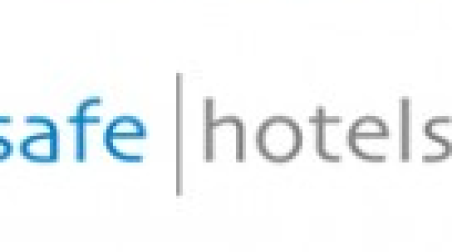 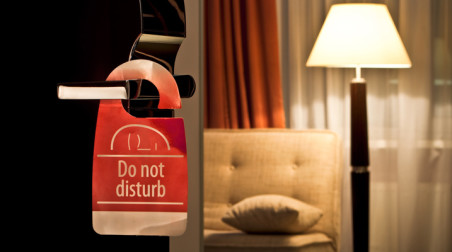