January 20, 2009: Washington DC is in a state of high alert. A new president is to be inaugurated and a couple of million people want to watch. But a new president on the streets of the city is a big security risk. So the secret service has turned Washington into a high-security zone. The bridges across the Potomac River have been closed, in some areas road traffic is restricted, in others, it’s banned. People are not allowed to take umbrellas or baby carriages beyond a certain point. To get near the action you need special identification, and officials frisk you at checkpoints.

Well, that was just one day, but there are many facilities throughout the world where security is that high every day. They don’t usually have to cope with millions of visitors, but hostile intruders are still a major risk for nuclear power stations, water treatment plants, chemical factories and many other facilities.

In Britain, the water industry is subject to government guidance, which is continually being adapted according to the latest intelligence. A specialist in security hardware for high-risk industries says that the water industry has seen a massive increase in security in recent years. Quite a lot of this money is spent on access control, the specialist says. “This would include the provision of high-security doors and the upgrading of locking devices, such as cylinders or padlocks with patent protected key systems. And, where it’s required, this physical security upgrade may well be supported by intruder detection systems and CCTV.”

In the zone
Standard practice, as in Washington on Inauguration Day, is security zoning. Zones become more secure as one comes closer to the center of the facility. Intrusion at the different stages is met with varied responses (depending on country and facility), which can range from observation to armed confrontation.

That’s a policy which is also followed by the nuclear industry. Perimeter fences become more serious as you approach a power station. Entrance to the facility is highly restricted, and access to the nuclear reactor itself is very tightly controlled. But while the industry determines how to apply such standards, Doug Walters, Senior Director of Operations Support at the Nuclear Energy Institute (NEI), which represents the US nuclear energy industry, points out that it’s the government which determines what the risk is. “We are a regulated industry,” he says, “and the NRC [Nuclear Regulatory Commission] defines the Design Basic Threat.” Walters says that the Design Basic Threat includes vehicle bombs, sabotage through an insider, or an attack by a small skilled and well-armed group, and it’s against that threat that every nuclear power station in the US must demonstrate preparedness.

The security personnel go through regular training. Tom Kauffman, the NEI’s Media Relations Manager says, “Our entire industry has a very vibrant safety culture, both in respect to the safety of operations and of staff being fit to work. And that involves the security personnel too.” There are regular drills, classroom work, and exercises with mock intruders, audited by the NRC. Although no system is perfect, Walters believes that there are enough safeguards. “We’ve had incidents of security officers not being attentive to duty,” he admits, “but even in these cases we don’t think we’d be unable to protect the site.”

Security beefs up
As in all aspects of public security, it was 9/11 which resulted in a major change of attitude. “Security came front and center,” says Walters, and Kauffman has personal experience to back that up. “I left the industry in 2000 and came back in 2008,” he says. “The difference was startling with regard to the weapons, the equipment and the technology – security in the industry has been taken to a higher level.”

An attack on a nuclear plant is not likely, says Walters, “but if it happened it could have a high impact.” That’s why the US nuclear industry has spent more than USD1.2 billion over seven years on additional officers alone. Expenditure on security has risen 64% over that period.

But tight regulation has its downside. “I get calls from vendors and suppliers [of security equipment] who are working with the defense industry and are trying to bring products to the private sector,” says Walters. “The products can be quite exciting, but we can’t always take them up because we have to respond to the NRC first. So we’ve put in a group working on the issue of technology and how we use it – we would like to focus on technologies which have been tried in government facilities.” He’s seen unmanned aircraft which could be used for patrolling the perimeter fence, for example, but they are taking advantage of technology where they can. Cameras have improved, there are remotely operated weapons, access can be controlled with hand geometry readers. “We’ll never get rid of guns and guards altogether,” he says, “but, as technologies become available, we’ll be using them. We would rather take our people out of harm’s way and put technology there instead.”

The need for partnership is a point made by others too. Alvin Wright, spokesman for the City of Houston, Texas, points out that the security officials of the city-owned water supply works closely with those of the region’s chemical industry as well as with the 115 Law Enforcement Agencies in the area – not to mention the local military airbase. “There’s a lot of interactive training between ourselves and the others,” he says.

There was a time when the US president drove through the streets in an open topped car, and we used to walk straight in to government buildings. Utilities and industrial plants used to have an elderly ex-serviceman at the gate who waved as you went in. Especially since 9/11 things have changed, and those responsible are doing their best to make sure that our confidence in the services we rely on is justified. 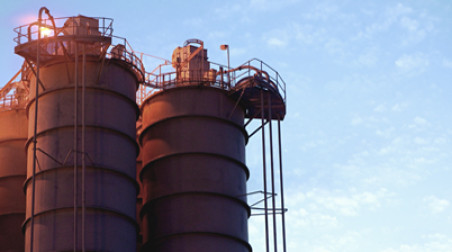