Not without my magstripe card

Magnetic stripe cards have been popular on campuses for years and their appeal shows little sign of waning. But external factors may be providing the impetus for a technology shift.

Smart card technology has been embraced by some sectors, such as healthcare and banking, while others, such as university campuses have held it at arm’s length.  Despite important advantages with smart card technology, which offers a higher level of security and flexibility, many campuses are reluctant to give up their traditional keys, let alone magnetic stripe (magstripe) cards.

North Georgia College and State University still uses keys in about 70 percent of its classrooms, but as the school renovates and expands with electronic access control, that figure will drop to about 40 percent by 2012, says Jeff Grizzle, responsible for the university’s Electronic Access Control & CCTV systems. “We want to give students better access to classrooms after hours and ensure a higher level of security,” he says.

Magnetic stripe (magstripe) technology, invented by IBM in the 1960s, is the university’s preferred card of choice.

But the university’s access expansion plans won’t include the much-touted smart card. Magnetic stripe (magstripe) technology, invented by IBM in the 1960s, is the university’s preferred card of choice.

“Students don’t know the difference between magnetic stripe and smart cards,” says Grizzle. “And unless they start wanting a lot more information directly on their cards, we won’t be going to smart cards anytime soon.” He adds that the price of each smart card, at about double that of magnetic stripe cards, is too high to justify the purchase.

Students and faculty at another Georgia university, Valdosta State, have been using their magnetic stripe cards since 1992 and while the equipment may have shifted from offline to online since then, not much else has changed says Key Control and Security Systems Supervisor, Craig Williams.

“The magstripe cards are convenient. We use them for everything from debit accounts to sporting events.”

“We talked about going to smartcards in the past but there wasn’t a big enough interest from the student government,” Williams says. “The magstripe cards are convenient. We use them for everything from debit accounts to sporting events.”

Magnetic stripe cards can also be used as ID cards and for purchasing meals, paying for photocopies, library transactions and other services both on and off campus.

With its student population of 13,500 and more than 4,000 members of staff, converting Valdosa State’s cards and readers would be a massive and costly job, says Williams. “I think this is why campuses aren’t moving with the rest of the world. We deal with such a high number of users.”

But Williams doesn’t rule out the use of a combination magnetic stripe-smart card. “If we take the card off campus and wind up with a banking partner for example, that is when the smart cards will come into question. But nothing right now says that we’re going to stop using magstripe and switch to a smart card.”

Smart cards have the apps

For the University of Pittsburgh, which started transitioning from magnetic stripe to smart cards in 2009, the impetus for change came from off campus.

“In order to continue this transportation benefit, we had to re-card on campus so that we could use the new Port Authority technology”.

An agreement with the Port Authority of Allegheny Country, which coordinates Pittsburgh’s public transportation system, allows university faculty and students to ride for free with their university ID cards.

“In order to continue this transportation benefit, we had to re-card on campus so that we could use the new Port Authority technology,” says Assistant Vice Chancellor for Business, Jim Earle. “We wouldn’t have done so if we hadn’t been prompted by an external party.”

“Most card office or security managers are satisfied with their magnetic card systems and not anxious to spend the money to change cards and infrastructure,” Earle continues. “Not to mention the time it takes to re-card and the frustration you may cause among staff and students who have to report to the ID center for new cards.”

The University of Pittsburgh recently re-carded 40,000 cards, but they still have to tackle the infrastructure. “We have 484 pieces of equipment all reading magnetic stripe so even as we move forward, it will take quite a while to make the transformation due to the amount of equipment on campus,” says Panther (University of Pittsburgh) Central Manager, Jessica Larson.

But allowing faculty and staff to maintain their benefit of free public transportation was a big enough incentive to justify the change, she adds. “There must be a significant benefit or significant cost savings to justify the conversion to smart cards. If switching systems will save us money or provide another benefit, then we do it.”

Many campuses appear reluctant to make the technology transition. But that said, security personnel also acknowledge the inevitability of a technology shift in the future.

As Craig Williams says: “I don’t think magnetic stripe will be around in 20 years,” adding that universities will eventually have to follow other industries evolving in a different technological direction. “Technology will force us into biometrics or some other entity of smart technology but for the next 5-10 years, nearly 80 percent of our doors will continue to use some type of magnetic stripe technology.”
By Cari Simmons 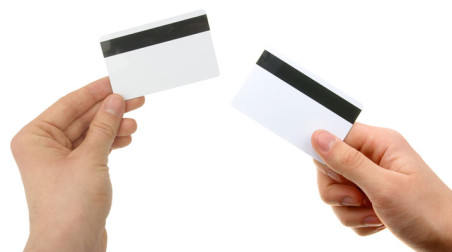