NFC ready – or not

Are contactless microSD cards poised to displace NFC phones? Or are they only an interim technology?

NFC, or Near Field Communication, is a short-range high-frequency wireless communication technology that enables the exchange of information between electronic devices. NFC-ready phones are mobile handsets with built-in NFC capability, enabling contactless payment and other applications including access control. But today just one model, the Nokia 6212, is available for purchase.

So, as NFC-enabled mobile phones continue to lag on their way to the market, alternative technologies have emerged, including the contactless micro secure digital cards, or microSD cards, which have gained the most prominence. Contactless microSD cards that include all the necessary NFC components, including the antenna and NFC modem on top of the secure element chip, could be inserted into a mobile handset and turn it into a contactless payment card.

Now, industry professionals are debating whether microSD cards will simply serve as a transition to NFC phones, or if they will take the lead and become the technology of choice.

“MicroSD has come about now as an alternative because of the perceived slowness of NFC coming out onto the market,” says Tim Jefferson, managing director of The Human Chain, a UK-based consulting firm. “The delay in NFC phones has been a chicken and egg situation.” Without the applications or the payment infrastructures needed to make NFC work, there has not been an overwhelming demand for the technology. “Times are also tough for mobile carriers and changing a handset means extra costs.”

Because of these delays, and other factors, Jefferson believes microSD could become an industry standard, and not just an interim technology.

“It has fantastic opportunities and it’s a known form factor,” says Jefferson. “A large percentage of handsets are coming to market with microSD slots.”

Other form factors for NFC capabilities have also emerged, including stickers, which can be affixed directly to a handset. There are two forms of the stickers available, powered and unpowered.

“An unpowered sticker is the form factor equivalent of a plastic ID fob,” says Jefferson. “It’s essentially a direct replacement of your contact list and credit card files.”  The powered stickers actually add power and connectivity into the handset. But they can be tricky, he says.

“It uses Bluetooth technology to connect to your handset and the type of Bluetooth installed will vary from handset to handset,” he says. Connectivity can become an issue.

With microSD cards, you create a secure element that is necessary for storing sensitive data because it is embedded in your device, Jefferson adds. “You can also take it out and put it in another handset – and that’s a key USP (Unique Selling Proposition).”

Peter Preuss disagrees that microSD cards will become an industry standard, keeping NFC phones on the backburner indefinitely. Preuss is the Marketing Committee Chair for the NFC Forum and a Senior Manager at Nokia.

“Obstacles remain, in particular regarding the antenna performance and the battery life time. Metal shielding around most SD card slots today prevents a consistent user experience. Active antennas are required. Those might affect the battery life in the phone – since they are not an integrated part of the phone design from the beginning,” he says.

Preuss points out that microSD cards will not work universally in all handsets because, while a majority of handsets (approximately 70 percent) do come equipped with an SD slot, many do not.

NFC-enabled phones are also a preferred choice because, according to Preuss, integrating the NFC component into hardware from the start enables many more capabilities compared to retrofitting. “SD cards substituting a fully-integrated NFC feature set also need to be integrated in the phone software. Here, again, collaboration with the phone vendors is required,” he says. “Such features like sharing original phone content by tapping two phones together, pairing a Bluetooth enhancement with the phone, or reading an NFC tag, require a deep integration into the phone software.”

Elaborating on complications with hardware, Preuss points out that, if a contactless microSD card is situated under the battery of a handset, transmission from the cards can be blocked.

“MicroSD cards are a good interim solution. But the NFC Forum believes its certification program coming this fall will speed up the introduction of fully-integrated NFC phones and other consumer devices,” says Preuss.

Jefferson agrees that positioning of the microSD cards is important, especially if it has a built-in antenna. But he points out that a number of manufacturers with expertise in microSD technologies are working to address the problem.

So what will determine whether NFC phones or microSD cards emerge victorious?

It appears to be a race to the finish line, but Jefferson believes microSD will gain a foothold. “While they are both supposed to be coming to the market around the same time, the handset penetration and the time it takes to refresh the hardware already out there will take a period of time. It’s much easier to retrofit an existing handset,” he says.

So, even when NFC does launch broadly, timing will remain a major factor in determining success. In the time that it will take for consumers to make the switch from their regular handsets to NFC phones, will the market wait, or will the interim, microSD cards become a permanent solution?

Only time will tell. 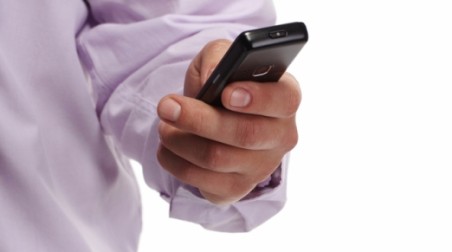