Lights are on, but nobody’s home

A smart house knows exactly what to do.

Like flying cars, smart homes and smart buildings have long been a dream for all mankind, a symbol of a sci-fi future. In a 1975 episode of “Columbo”, the villain that the famous TV detective is after, claps his hands to open and close doors, and turn the lights on and off.

Some 25 years later, by the turn of the millennium, mobile communication companies were working on bigger, holistic, smart house solutions, in which the home owner could control the lights by sending text messages to a smart box inside it. These days, the smart house is no longer a dream – and the remote controlling can be done by tweeting.

According to the Consumer Electronics Association (CEA), over 50 per cent of US households own a laptop computer and more than one-fourth have a smart phone. Home automation system manufacturers have naturally been fast to move to facilitate the use of their products using these smart devices.

“Consumers now can control all of the home’s systems while at home or away. The result is smart, real-time control over virtually every mechanism in the house. The goal of this interconnected Web of actions is a smarter, more energy efficient home tailored to the homeowner’s lifestyle,” a CEA report concluded.

But the best, and the smartest building, whether residential or commercial, is one that needs no control, not even a remote one, but that, instead, combines and analyzes all the data it gets, and makes adjustments based on that. On its own.

The smart meters – already installed in numerous countries all over the world – could provide the basis for a wireless mesh network within buildings.

Once this infrastructure is in place, it could also be used to manage locks or any other devices that sit on the same ZigBee network.

Orion by VingCard Elsafe – an ASSA ABLOY company – is much more than an energy management solution because it offers full wireless online functionality and a network than can be either set up independently or together with VingCard wireless online electronic locks.

The Orion system for hotels includes a thermostat, a proximity sensor and the lock, which, used together, will allow the system to determine whether or not a room is occupied. Also, when the door is unlocked and opened, the thermostat will adjust back to a preset level.

“The philosophy of having a home network, having a gateway that understands all devices, is critical. We wanted to create a platform that would tie everything, including security systems, together,” says Paul Nagel, Vice President, Energy Systems of Control4, a US company with an “operating system for home.”

Control4 has created a network controller that’s able to connect to over 7000 different consumer electronic devices over different protocols, whether it’s the Ethernet, serial, ZigBee, or Infrared.

“Some companies are simply connecting a number of thermostats and load controller devices directly into the smart meter, with no main brain to represent the customer’s desires of how these might behave when signals of Price or Load curtailment messages are sent by the utility. We don’t agree with that philosophy, we believe in customer choice.

“There are a number of technologies that understand if somebody is at home, not just that the door opened, or pressing a vacation button. It could be that all the cell phones are not in the house. We want to use all that information to make better energy management decisions for the customer,” says Nagel.

According to Nagel, energy is one of the reasons people would look for new solutions, both as a means to save money, and shrink their carbon footprint.

“Investments in smart grid have made people aware of their energy consumption, they’re more in tune with their electricity bills. Also, they’re conscious of their carbon foot print, but it all has to be convenient, as well,” he says.

The smart meters will also cut the utilities’ costs when they won’t have to send staff out to read the meters and as billing queries at the customer service center go down.

“Privacy is a big challenge. We have the potential to collect a lot of information about our customers,” Trevor Niblock, head of security for British Gas smart metering told SC Magazine UK.

On the other hand, attacks on the other end of the system could cause wide-scale outages.

The good news is that it’s not an unknown unknown. Utility companies have acknowledged the need for a robust security methodology. In fact, more than 75 percent of the respondents of IDC Energy Insights’ “Business Strategy: Smart Grid Security” report said security investments were of the highest importance. 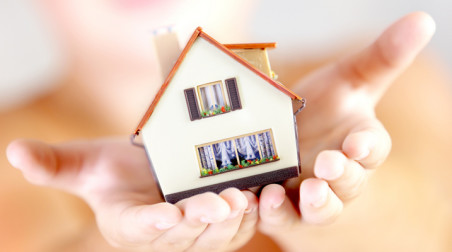