Xbox’s new Kinect device, which uses facial recognition and infrared sensors, offers a novel way to log onto a game. It could become the catalyst for more widespread biometric use at home.

A video game console now greets returning gamers by name – not because they entered a username and password, but because the new Kinect device “recognizes” them as they step in front of their television sets.

Kinect is a peripheral to Microsoft’s gaming console, the Xbox 360. Using sensors including a visible-light camera, an infrared-based depth sensor and an array of microphones, the Kinect serves as a wireless “remote control” for Xbox games. By tracking the movement of the person playing a game, the Kinect translates real-life motions into on-screen movements. Microsoft has sold more than 2.5 million of the devices to date.

Kinect doesn’t just serve as a game play device. It has also branched into the world of identification, bringing biometrics into millions of homes worldwide.

The Kinect uses its camera, along with the infrared sensor, to map players’ bodies and faces and uses facial recognition biometrics to allow users to “sign in” automatically to their Xbox Live profiles, differentiating between different members of the household.

Microsoft’s move into biometric identification is novel territory for video games, according to David Myers, professor in the School of Mass Communication at Loyola University New Orleans and author of the book The Nature of Computer Games.

Myers says he knows of no mainstream video game to use biometrics outside of the Kinect. Part of that scarcity could be chalked up to at least two significant obstacles, he says.

“One is widespread skittishness regarding online identification or tracking of any kind,” he says, pointing to the widespread fear of “identity theft,” and distaste of cookies on people’s web browsers.

“The other is more specific to gamers and gaming: the value and appeal of anonymity during game play,” he says.
One of the first articles Myers published on gaming was called “Anonymity is Part of the Magic,” and Myers believes the anonymous interaction with a gaming community still holds a strong appeal.

“Any technology identifying gamers by directly accessing their ‘real’ selves (webcams, biometrics, DNA sampling, for example) is going to have a tough sell and limited appeal for both legal and aesthetic reasons,” he says.

Still, the Kinect device sold well in the holiday season and is showing no real signs of user pushback.

Ian Pearson, a futurist with the Swiss firm, Futurizon, says people aren’t as likely to rebel against biometric identification, as long as the “stakes” remain low enough.

“If it is in something like computer gaming, you might just affect the person’s reputation. That isn’t as high a stake as say, their bank account,” Pearson points out. “The difficulty comes if you move away from computer games. It is quite likely that the games will converge with other things like shopping, and then you are talking about financial things, and social networking, and then people are much more likely to get paranoid.”

However, introducing the technology in a lower-stakes environment with repeated exposure, especially to younger people, and in environments with such rich interaction and rewards-based actions, may just pave the way for a wider acceptance in areas earlier thought off limits, says Myers. Introducing biometrics in such a non-threatening way could just desensitize people to later uses.

The keys to widespread acceptance, says Dustin Best, senior consultant for New York-based International Biometric Group, is to ensure biometrics are implemented in a transparent fashion that improves playability.

“If a broad audience interacts with biometrics for the purpose of convenience in gaming, it is reasonable to think that biometrics will gain traction in other applications,” Best says.

Melanie Ziems, a college student from Houston, Texas, who played with the Kinect for the first time with her boyfriend, said she enjoyed the interactive game more than she initially thought she would. “It’s not as creepy as I had originally thought it would be,” she added.

Ziems’ only real complaint with the system was that after the couple resumed playing, the system confused her with her boyfriend, who is substantially different in size, shape and skin tone. “I’m pretty sure we don’t look that much alike,” she says.

But, identity confusion aside, she says she would be willing to use the biometrics application in the future. And acceptance by people like her could lead to biometrics bleeding out into other household applications in the near future, says Best.

“Uniquely identifying individuals within the household could be used to improve interactions with entertainment systems, room temperature, lighting, and other systems,” he says.

Myers can foresee the technology taking hold in an academic setting. “There could, of course, be many other applications – making sure the right student takes the right online exam, for instance,” he says.

But, for the near future, Pearson says that people’s mistrust of biometrics technology will likely mean that the routine use of biometrics isn’t likely to immediately take off for more secure transactions, such as banking.

“You will see an immediate reaction as it migrates into more secure and sensitive areas,” Pearson predicts. 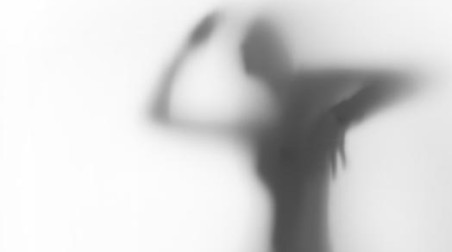