The Internet of Things is here. This connectivity between inanimate objects sending information to each other is still in its early stages, just becoming a teenager, but it is gaining momentum.

The Internet of Things refers to a wireless network interconnecting everyday objects in a world where such things as buildings and appliances get the information they need to function in a smart way. There are two ways of looking at the Internet of Things, depending on your personal and professional background, your experiences, and your take on life. You’ll probably either embrace the potential of it, or you’ll get scared. But we can’t escape it.

“The pace is astounding,” says Adam Dunkels, an experimental computer scientist at the Swedish Institute of Computer Science, in Kista, Sweden. “Ten years ago, when there was a lot of talk about smart houses and so on, the challenge was that all technologies were proprietary, and if you bought one system, you were locked to that one. Somebody else owned your system, basically. Today, the big thing is standardization, and development towards using the IP protocols.”

Dunkels himself shrunk the IP protocol code so that it finally fit inside 100 bytes of RAM, small enough to be used in microprocessors. In 2010, an Internet Engineering Task Force group created the first IP standard for routing over sensor networks using wireless and power line links.

Much of the Internet of Things will need connections over low-power, low-speed, and often unstable connections in harsh or unpredictable environments to, for example, facilitate communication about traffic or general conditions in inhabited – and inhabitable areas.

Finnish Wärtsilä recently launched a service where the thrusters in a vessel are monitored for irregular vibrations and the data is sent daily to the service center. Should the thrusters need maintenance, it can be planned ahead of time, saving money for the vessel operator. Wärtsilä also collects a lot of data, which helps it develop its future thrusters.

According to Dunkels, a lot of the development will be driven by industry.

“One good example of that are the smart electricity networks where the meters can be read and accessed remotely. You don’t think about, or see it, neither are you supposed to, as a consumer,” he says.

“Another example is city planning. For example, in China, there is a massive migration to cities and to making the cities function in a more effective way,” he adds.

And, in San Francisco, microprocessors are embedded into the roads and the parking and traffic information is sent to drivers’ GPS receivers to show them where the available parking spots are.

Dunkels gives the iPhone a lot of the credit for the revolution.

“They [Apple] changed the game both conceptually and technologically. What used to be complicated is simple and cost effective today,” he adds.

The Internet of Things will eventually be much bigger than the Internet we humans like to use. There are over two billion people connected to the Internet, but the number of devices connected to each other may already have surpassed that figure. Some experts, such as Cisco’s futurist Dave Evans, estimate that over a trillion devices could become connected to networks. Telecom giant Ericsson’s estimate for 2020 is 50 billion connected devices.

The nightmare scenario is the one with Big Brother watching your every move. In which systems are vulnerable, and the black hat hackers will take over, disrupting traffic, creating chaos – and opening doors that should remain closed.

“The security industry has come quite far in the developments, but of course there are risks,” says Dunkels. “There will be leakage of meta information. In other words, even if encryption protects the message, just the fact that something is being communicated – like alarm information – may be valuable to someone,” he adds.

One way to build systems that are less vulnerable is to make each access unit a little smarter, says Dunkels, so that not all information will be at the servers, but instead, at the point of entry. And while jamming the frequencies is possible, there are ways around that too, he says.

“The Internet of Things is not the same as the Internet. Not all devices and systems will be connected to the open Internet, but also to smaller, private networks – and messages inside the private networks can be encrypted to create a reasonable level of security,” he says.

“Of course, if you do get inside, it’s easier to do damage,” he adds.

The need to balance between openness, value, and risk is, and has always been there. Sometimes an older technology can give a level of security the new one can’t, says Dunkels, and cites a recent power outage of Stockholm as an example. Phones using wireless technology were down, while old-fashioned landlines worked.

“I have a regular ASSA key to my house, but I don’t know how many copies exist. If I had another kind of key, a network key, it couldn’t be copied. We just have to decide whether the benefits of easier life outweigh the risks,” he says. 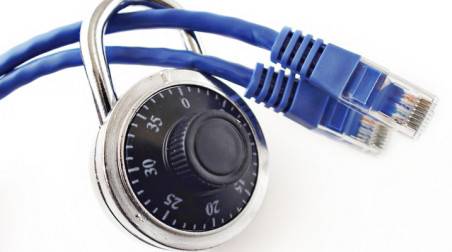