Mobile phones have steadily offered users more tools and benefits than simply making and receiving calls. Today, our phones serve as calendars, cameras, mini computers and video game consoles. Thanks to NFC technology, another valuable tool could be loaded onto your handset in the near future – your keys.

Mobile contactless credentials act as virtual keys or access control cards that can be stored in your mobile handset and used to lock and unlock doors. NFC (Near Field Communication) is the short-range high-frequency wireless communication technology that enables the exchange of information between electronic devices.

Yet the strongest advantage, and one that is unique to mobile contactless credentials, is that the credential can be instantly delivered to a person’s handset – no physical hand off is required.

“The most fundamental benefit of mobile contactless credentials for access control is that you can actually deliver the keys digitally because you will have universally secure elements in the mobile phone,” says Daniel Berg, vice president and general manager Mobile Keys with ASSA ABLOY. “This has never been possible before. With existing contactless access control solutions, you must physically hand out plastic cards or fobs to the users to issue access rights. And to update the credentials, you need physical access to them again.”

So the phone becomes more than just a holder of the credential in the way cards and fobs hold an access credential. Rather, the phone can also receive the key digitally.

Where mobile contactless credentials are poised to have perhaps the greatest impact, however, is in commercial settings.

But while the benefits of access control applications for mobile contactless credentials are plentiful, the technology to support those applications is not yet up and running. For example, while the technology for NFC handsets does exist, today very few models of NFC-enabled phones are available. The infrastructure to deliver mobile contactless credentials to handsets must also be launched.

“Mobile keys will happen sooner or later,” Berg says. “That’s just the trend we’re seeing now with everything else that is going onto mobile phones. NFC is one catalyst for this application.”

What is needed now is a full system that will deliver those contactless credentials from an access control system to an end user. “The technology is there,” says Berg. “Now it is up to innovative companies to put all the pieces together.” 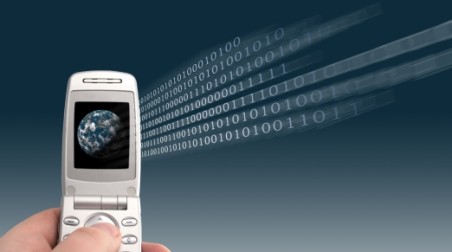