There are many ways to manage access rights in an industrial facility like a power plant or a water utility. Electro-mechanical locking solutions are among them.

Depending on the cost and budgets, there are biometric readers (which read hands or fingerprints), iris recognition systems, smart keys with computer chips built in, even mobile phones where the SIM card grants or denies access. But the old padlock isn’t obsolete yet.

The objective isn’t just to keep vandals, trespassers and terrorists at bay it is also to control or mitigate internal sabotage by an employee and keep employees out of certain areas, such as hazardous zones.

Copper theft at power plants is a common and dangerous crime that appears to increase as copper prices rise on world markets. This past summer alone, Hydro One in Canada was the target of an average 16 thefts a month.

“An industrial facility would typically use mechanical padlocks to secure their perimeter, manholes, shafts, workshops and so on, and then some kind of card system in the office,” says Jonathan Burke, Marketing Director at Abloy UK.

“Managing keys in an industrial facility with hundreds of employees will always be a complex task. But it can be made easier.”

One way, says Burke, is to implement a master key system where some keys have limited access so that a plumber can access one room and an electrician can access another, for example. Then there is a master key for the security manager that opens everything.

“It used to be that a security manager would have a key ring with hundreds of keys. Now, if he is lucky, he’ll only have 12,” says Burke.

But what if a key goes missing or is copied? Do you re-key the whole site? How do you avoid tailgating? What if there are multiple sites? How do you restrict personnel from entering sites they shouldn’t?

“Replacing locks can cost a lot of money especially if you have a lot of doors. Our electro-mechanical option, the Cliq Remote, is still in its infancy but it is a trend that we started and it solves a lot of the above problems,” says Burke.

In July 2011, Abloy UK sold its electro-mechanical locking solution CLIQ Remote to a water utility in the UK.

CLIQ Remote uses web-based software allowing water treatment operators and their contractors to have keys remotely authorised for use in specific operational areas within the existing master-key system for a pre-determined period of time.

“This way a utility or any business can allow a contractor access to a specific site at a predetermined time and for a limited amount of time. It is a security peace of mind,” says Burke.

Another system uses an integrated chip inside a master key to unlock specific keys inside a cabinet, so a user can only remove a key that he or she has permission to use. The other keys inside the cabinet remain locked into place. For added protection, if a door is left open or if a key is overdue, an alert message can be sent to an administrator.

This system can also be scaled up to control access to other items that need to be secured like radios, PCs, weapons, even magnetic key cards, that may be used by different people during a day.

These kinds of electronic key systems also play a role in mitigating tailgating, where a second unauthorized person passes through a door being opened by an authorized person.

“While you can’t change human nature through technology, these new types of electronic key systems mean that even if you do tailgate, you’ll still need a key to get out again,” says Burke.

Another advantage of these kinds of systems is the traceability they offer in determining and tracking the who, what, where and when of key displacements. This is, in the US at least, a regulatory requirement.

Looking towards the future, trials are currently underway in some countries to test how a company-issued mobile phone equipped with a special SIM card could be used like a magnetic card or chip card to gain access.

“While this is still three to four years away, the issue, as with mobile banking, is one of confidence,” says Burke. 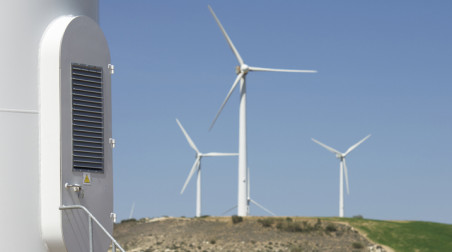