As security technology has evolved, so too, has the role of the security guard. And, while they were once thought of as the lone night watchman, today’s security professionals are highly trained for the changing security environment.

“In the past twenty years we have seen a massive change in the way security guards are recruited, trained and developed as a result of what is happening with global security,” says Bill Muskin, the Security Guarding Chairman for the British Security Industry Association (BSIA). The BSIA is the professional trade association of the UK security industry.

The roles and training of security guards has also changed in the face of global security concerns. “Because of the threat to our national infrastructure, the government has developed programs and initiatives that deal with how the different types of security agencies interact with each other,” says Muskin.

The UK counter-terrorism strategy, also known as CONTEST, offers initiatives that impact security guards, such as Operation Griffin, which enables police to call on private security staff in a time of disaster to bolster their numbers. “We also have the Olympic Games of 2012 coming up (in London),” says Muskin. “So the whole country is gearing up to raise the profile of security.”

As global security has heightened, the industry has seen an improvement in the amount of training and the level of professionalism of guards. In the UK, the security industry underwent licensing and regulation changes in 2006, requiring every security officer to be licensed. Tighter standards result in better guards, says Muskin.

“Years ago, you only became a security guard because no one else would take you,” he says. “We’ve done a complete U-turn on that. Staff are better trained, better paid, and overall, a superior quality.”

In addition to basic training, guards are trained to meet the needs of their environment.  “For example, in retail, the main concern is theft, so guards in that environment would receive specific training of that nature,” says Muskin.

Captain Dave Carty is the Site Manager of the Airport Security Unit for Canada’s Ottawa Macdonald-Cartier International Airport. He is also a Captain in the Corps of Commissionaires.

“One of the things I stress here, with our guards is that, unlike many other security posts, we are actually in a counter-terrorism role,” says Captain Carty. The Ottawa Airport processes up to four million passengers every year, and Captain Carty’s security team is responsible for everything, from protecting the primary security line, where passengers cross into secure sections of the airport, to monitoring the 325 cameras inside and around the airport’s prioritized areas.

Security at the Ottawa Airport works in concert with the Canadian Border Security Agency, Canadian Transport Screening Authority, as well as the Royal Canadian Mounted Police and the fire emergency response system.

Captain Carty admits that, while the security personnel on his team are highly trained professionals, the unfortunate stereotype of security guards remains.

“The general public view is that security is still the low end of the food chain,” says Captain Carty. “We still have to sometimes have a police constable attend the scene to emphasize the work we do.”

Contrary to the belief that new technologies are eliminating the need for guards, security still requires the human touch.

The role of a guard remains as important as ever, says Cheryl Fifer, the Director of Business Operations for Commissionaires, a private security company. “We all know that technology and tools cannot replace humans, but it can certainly enhance capability” she says. “The role of the security guard has shifted and changed. The human adds value beyond what the technology can do.”

“In the UK, we’re moving toward a holistic security solution whereby technology and manpower complement each other,” he says. “A security guard has a fundamental role to play, most of which is face-to-face public contact.”

That’s not to say human error does not still exist.

“Asking when a security guard can fail is like asking when any one can fail,” says Fifer. “You always place a security professional who has the judgment, the discretion the background and support structure to fit the setting or environment.”

Muskin believes that the industry has taken many steps to remove guards from danger – and to reduce the chances of a security breach. For example, it is extremely rare today for a security guard to work alone.

“Years ago, it was a cheap option to put a single guard on a site and he would walk around. Well, he becomes a security threat with his keys dangling from his waist,” he says. Today, if security staff do work alone, they are often in a secure monitoring area and able to summon assistance if required. 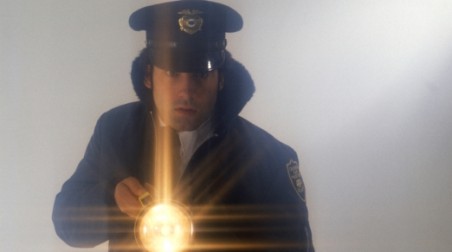