Most locks are still opened with an old-fashioned key, but the race is on to replace them. To do so, the industry needs a good understanding of what the future trends are likely to be.

Peter Majanen, trend analyst with the Swedish “future researchers” Quattroporte, says that security companies have been protected until now by a certain national market fragmentation.

“There have been physical elements which have been exclusive to each country,” he argues, “but things are moving faster and security companies, like other B2B actors, have to spot the new issues early on.”

For that, he says, they need to be closely in touch with their customers, which they haven’t always been in the past.

The issue which is really leading towards a global security market is networking. Just as the internet has led to a certain homogenization of business activities, the possibility of networking security using Internet Protocol has led to an increased internationalization of that market too.

And that’s where analysts see the most significant developments within the next 5-10 years.

“In the Americas, we’ve had web-based systems for some time,” says Blake Kozak, author of a recent report on access control for IMS Research, “but they’re only really beginning to take off now, with smaller organizations being interested.”

So far, though, even if security is being networked or even sent out on the internet for remote configuration, the information is usually kept within the company. But, Majanen expects that will change.

There’s still some resistance to that, since most companies don’t want to let the control of their security data out of their own hands, but Majanen thinks, “It’s just a matter of time.”

Kozak points out the convenience of Software-as-a-Service (SaaS), but adds: “Although the SaaS model removes the costs associated with maintaining a server and software on site, some organizations may be reluctant to place their security in the hands of a third party,” he says.  “It would be highly unlikely that a government agency would utilize SaaS but retailers and some health systems may find the model beneficial.”

Integration has been the buzz-word in the security industry for some time, but Kozak says that integration between access and other security systems is no longer a future trend – it’s a current trend. The only question that remains is the level of integration that is implemented.

“I have to look at what’s actually happening and I see integration only in certain fields. For example, video and access are integrating because most people have video anyway and access provides security beyond forensics,” he says. “Also, many small businesses have an intrusion system so it makes sense to integrate a few doors of access control on the intrusion panel to avoid additional costs, so there’s a market for that.”

But he adds that the uptake of logical and physical access integration is still small as it stands today.

That potential would be found in the ability of analytical programs to predict activity, rather than simply to identify wrongdoers after the act. Currently, one of the main demands of video is that it should provide pictures usable in court. But then it is of course too late.

Majanen notes that predictive solutions are already being used in other IT fields: banks are using data to predict the creditworthiness of their customers by observing what they have done in the past. Google forecasts what people will do on the basis of what they have done before.

But this has not yet made it to the security industry. It’s all about the proper eco-systems again: “It would demand a high level of competence from the various companies working together, but if you could provide cost-effective solutions, there’d already be interest,” says Majanen.

Both Majanen and Kozak agree that cost is often the determining factor. Kozak sees Return on Investment as a major issue, and he sees customers interested in scalable, flexible solutions. “Not everyone needs all the bells and whistles,” he points out.  Simple solutions for small customers could develop into a separate market, but he expects large companies to continue to offer these too: “After all, the mom-and-pop store can turn into something larger, and the companies want to be there for when the customer grows.” 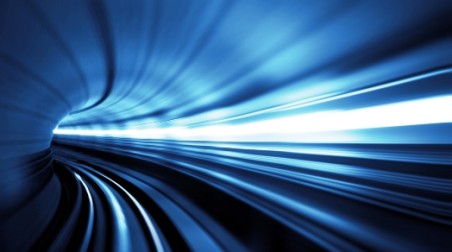