While new, green building codes continue to sweep the globe and change the way we design and build, their impact on security hardware has remained relatively small – so far.

“To date, it hasn’t had a big impact,” says Bruce Becker, an architect with Becker and Becker based in Connecticut, USA. There are reasons for that, he says.

One reason is volume. The popular Leadership in Energy and Environmental Design (LEED) program ranks residential and commercial buildings using a Green Building Rating System. Different components of a building earn builders points toward LEED certification.  Because security hardware, including doors and locks, generally make up less than two percent of a building’s construction costs, they often take a back seat to larger items such as windows and roofing, which can contribute to a higher LEED score. Other international green building programs include the German Association for Sustainable Building (DGNB) and Sweden’s BASTA.

“I think another reason why security hardware is less noticed is because it’s hidden away,” says Derek Satnik of Mindscape Innovations, a green energy and building consulting company based near Toronto, Canada.  “Locks, doors, openers – consumers just want these things to work, they often don’t care if they’re made of recycled material or new material.”

That is not to say that the green movement has had zero effect on security hardware manufacturers. Many are already looking at how to make the components of their products greener.

“Manufacturers do look at things like using recycled metals and plastic in their components,” says Satnik. More and more products that use adhesives are going formaldehyde free, while manufacturers of wood products, such as doors, are seeking to construct their products out of raw materials that are under a forest stewardship program. Others cut back on CO2 emissions by ensuring that their raw materials are not unnecessarily shipped over great distances. “Ensuring that they are engaged in fair trade labor and paying living wages to the workers wherever their products are assembled is another green step that manufacturers can take. All of these things are quite positive, but they remain quite small in the grand scheme of things. They’re like environmental feathers in a big, broad-rimmed cap.”

But Satnik predicts a green turning point for the security industry in the not-so-distant future.

“The environmental boom with security will be less about recycled content and more about integrating security with meaningful automation,” he says.

Becker agrees. “Having recycled content and locally sourced materials is great, but it’s a bit of a limited view,” he says. “When you’re looking at LEED certification and other green building certification programs, you will need to take an integrated approach. Down the road, we see security hardware playing a larger role when we look at all the systems together,” Becker says.

The integration Becker envisions could include an active system whereby an entryway is linked to lighting and heating equipment, triggering different lighting and temperature levels depending on whether a room is occupied or not and, consequently, reducing unnecessary waste.

“In an instance like that, the hardware becomes part of a larger system, but it plays a very important role.”

This integration can take place on a massive scale. In Toronto, for example, the city’s Rogers Centre, a 55,000-seat stadium, retrofitted its lighting with a state-of-the art automated system. Completed in 2009, the new system combines computer-based applications and sensor-based technologies that direct lights to dim when outside light is stronger or to turn off when a room or area of the stadium is empty. As a result, The Rogers Centre now saves enough energy to light 194 homes.

Alyssa Kent is a LEED accredited professional and a project manager with Becker and Becker.  She envisions door hardware being used more widely to collect information as to whether or not a unit or room is occupied.

“We would love to see more integration of lighting and occupant sensation,” she says. “We have something similar in a current project with water meters that understand whether or not an apartment is occupied. But it would be so much easier if the system were integrated with, say, the door striker. The door striker could then act as a master switch and alert the system to whether or not the unit is occupied. It could make the necessary adjustments to lighting and mechanical systems.”

Satnik believes the coming advances in security technology represent a shift in green thinking. “This is part of the move away from phrases like ‘green’ and ‘sustainable’ and toward ‘high-performance,’ which more accurately describes what we’re trying to do,” he says. “We may have difficulty talking about security hardware and systems being green. But we can talk about them in terms of being high-performing systems.”

For a building to be legitimately high-performing, it should do so across many categories, says Satnik, including air quality, energy, and durability.

“Security components can become part of these high-performing systems.” 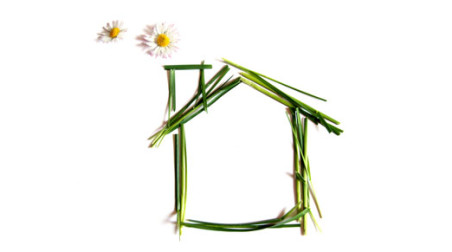