A standard set of protocols is making seamless video and access interoperability possible.

Modern buildings rely on dozens of different types of cameras, sensors and controls to achieve a high level of security. Dark areas may require a night vision or infrared camera. Expansive lobbies may need a wide-angle or high-definition camera. Sensitive laboratories may require biometrics scanners, and magnetic badge readers might be used in elevators.

If those devices all operated on different sets of protocols, assembling that system would be a financial, logistical and programming nightmare.

The Physical Security Interoperability Alliance is a coalition of 67 security industry manufacturers and integrators who began working together in 2008 to develop a standard set of protocols for all IP, or Internet protocol-based security devices.

That means that once these protocols are widely adopted, any of those IP-based security components would seamlessly work together and security integrators would be able to chose the component that best suits a particular need and price point, rather than merely having to chose from the limited selection any one vendor may offer.

“We were founded on the concept of plug and play,” says PSIA Executive Director David Bunzel. “Taking an IP camera and plugging it into an existing system – that didn’t exist before.”

Before modern networking, the various security components worked separately and had no need to interact, and so there were no protocols for them to do so, Bunzel says. With the introduction of Internet-based devices, interconnectivity became a possibility, but there were no standards to seamlessly link those devices.

Prior to the PSIA initiative, using cameras from different manufacturers in your security system meant that you had to appeal to each manufacturer to develop custom drivers to ensure that the devices would be compatible.

But PSIA’s founding members realized that if all the manufacturers started with a common set of protocols, those custom drivers would be a thing of the past.
PSIA split the task of developing IP standards up into four working groups: IP video, video analytics, recording and content management, and area control – which includes intrusion detection and access control.

Attendees of the ISC West Conference and Exhibition in Las Vegas in March got one of the first peeks at the future of IP standards.

PSIA teamed up with several of its member companies, including UTC Fire & Security, to showcase a proof-of-concept that demonstrated interoperability of video and access control devices without customized drivers or networking.

The system used a card swipe, an access control panel, intrusion alarms, a video management platform and a host of PSIA-compliant cameras. All the components used PSIA’s IP specification to communicate with each other, and each coordinated flawlessly.

“We were all very pleased with, not only the fact that it worked, but also the reception it got,” says Andrew Bulkley, product manager, Access Hardware, for UTC Fire & Security. “We had a packed room and a lot of interest from the attendees.”

Not every manufacturer is rushing to adopt IP standards, though. There are several players in the industry that are heavily invested in proprietary analog-based systems, and have not been in a hurry to adopt industry-wide standards, Bunzel said.

“But the industry is moving toward IP,” he says. “These companies cannot ignore the benefits IP connectivity brings to the market. Standards, such as PSIA’s, will help them build solutions that meet the needs of the industry.”

UTC Fire & Security has embraced the PSIA standard. “From a manufacturer’s point of view, the idea behind the standards is that you do things once,” Bulkley says. “Once you have a finished device, you then move on and innovate on other things, and you don’t have to keep going back and writing proprietary drivers for different applications. That was eating up an incredible amount of resources.”

The only real drawback so far, in Bulkley’s eyes, is that the PSIA standard is still a very young one. As the technology was emerging, some applications were hitting technical limits. For example, access control functions generate a very large number of security events. Early on in the process, that large number of events was posing a challenge for the PSIA engines. “But those are just growing pains,” Bulkley says.

And even as those “growing pains” are being worked out, another player in the industry is working on a parallel set of protocols.

The Open Network Video Interface Forum is developing its own set of IP standards, specifically for video applications. David Bunzel commends the work ONVIF has done and says both organizations are committed to developing specifications that will propel the widespread adoption of IP in the security industry. 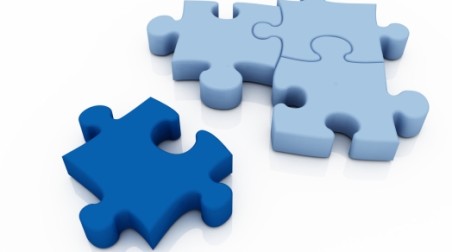