When an airport experiences a major security breach, officials scramble to implement new, sometimes invasive technologies to keep airlines and passengers safe. One of the latest examples occurred on Christmas Day, 2009, when Umar Farouk Abdulmutallab passed through airport security in Amsterdam with a bomb on a Detroit-bound flight.

The emergency procedures that followed restricted all carry on baggage, resulting in huge delays for all flights going into and out of the US as passengers scrambled to learn the new rules. The security breach also brought about the latest advent in airport security technology: full-body scanners.

The controversial scanners produce a three-dimensional image of a person’s body beneath their clothes, ostensibly providing security staff a naked image of the person being scanned.

But while full body scanners serve a purpose, security officials and governments must remember that there is no single, foolproof technology that is guaranteed to keep all flights and airports safe.

“Unfortunately, there is no magic bullet,” says Steve Lott, a spokesperson for the International Air Transport Association (IATA). IATA is a global trade association representing 230 airlines around the world, including British Airways, Singapore Airlines and Lufthansa.

“Politicians can’t say that these scanners are going to stop every terrorist and make the system super secure,” Lott says. “But do we think they can help? Yes.”

Standard security technology in airports includes metal detectors, swabs for bags used to detect explosive materials and, in the wake of September 11, new screening technology for checked and carry-on bags.

But the implementation of full body scanners raises several questions: Do they invade a passenger’s privacy? Who will pay for the pricey machines? And where will the scanners fit into an airport’s existing screening process?

Lott points out that, while the full-body scanners are being touted as the latest in cutting-edge security, the technology has actually been in use for more than 15 years.

In fact, the security platforms used in airports around the world are anywhere from 20 to 30 years old.

“The technology has improved a bit,” Lott says. “But the same platform of walking through that metal detector or having your bag x-rayed really hasn’t changed much.”

But where do airports and airlines draw the line? What is deemed too invasive, or impractical, to make it worthwhile?

The introduction of the full-body scanners has already created controversy around the world. Governments and airports have tried to mediate the concerns by, for example, having screening officers only examine passengers of the same sex.

“Individual governments have privacy laws that may or may not apply to these scanners and they definitely need to make sure these issues are addressed,” says Lott.

Another concern about full-body scanners is the cost. “These scanners do not come cheap,” he says. “Our worry is that governments will add fees to the airports or airlines in order to pay for them.” Those fees might then be passed on to travelers.

The debate also rages about how and when the full-body scanners will be used.

“We do not think they belong in the primary screening process,” says Lott. IATA estimates that to screen one passenger takes approximately 45 seconds. To screen everyone taking a flight would dramatically slow passenger throughput, Lott argues.  “But the scanners could be used as a secondary measure. For example, if you go through the metal detector and it goes off, you might then have a pat down or a full-body scan.”

But such procedures still need to be ironed out. The balance between effective security and the speed with which passengers are processed is a delicate one and passengers, especially business travelers, are very sensitive to the so-called “hassle factor”, Lott says.

In the wake of emergency situations, IATA would like to see governments work collaboratively with airports and airlines so that the most effective temporary security measures can quickly be put in place. “It’s the airports and airlines that can tell governments what is operationally achievable and what is not,” Lott says. For example, after the December 25 incident, the U.S. government ordered that 100 percent of all passengers should be patted down. “We told them that this was not sustainable, that we just could not operate that way. So, now, it is done randomly to a majority of passengers, but not 100 percent.”

Eventually, passengers learn the rules of new security procedures. They adapted to the new rule prohibiting liquids and gels, for example, and delays and long lines died down – until the next emergency that is.

“Whether it’s with new technology, new intelligence, new procedures, or just better use of all our existing security measures, we want to improve things rather than just constantly adding new steps to the platform and slowing things down, making things complicated,” says Lott. “We need to consider all of these pieces to the security puzzle and how they can best fit.” 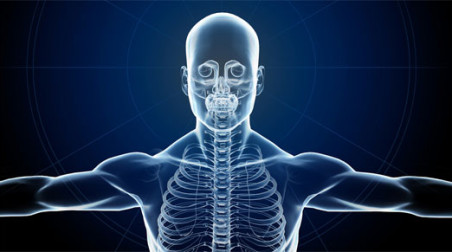