While access control and alarm systems have been common features with most companies for a long time, video surveillance has often proved too costly to install and operate for smaller and medium-sized enterprises (SMEs). This is about to change with the advent of fully integrated access control and IP video as a hosted service.

Adding live video footage to a security system offers new dimensions, according to Fredrik Nilsson, General Manager at Axis North America, a leading supplier of network cameras. “Video offers the important aspect of verification: what incident triggered an alarm and does it call for rapid intervention?”

False alarms are indeed a common and growing problem within security. An authorized access card holder may, for example, forget the pin code and swipe the card several times, thus triggering an electronic alarm in the process. In an integrated system, however, the incident triggers video capture that greatly helps determine the danger of the situation.

“The integrated solution dramatically increases the situational awareness capabilities of surveillance systems. Any event that happens in the context of access control can be triggered to capture video, which means you don’t have to look at tons of video,” says Glenn Forrester, CEO of Reach Systems in Oakland, California. “You only have to look at the pieces of video that you care about.”

Hosted security
Reach Systems, along with vendors like Brivo, is a pioneering provider of hosted access and video solutions in cooperation with network video vendors like Axis and access control suppliers such as ASSA ABLOY.

With a hosted security solution there is no need for massive investments in equipment, says Nilsson. “Hosted services remove the need for in-house servers and other equipment that needs maintenance and you always get access to the latest technology without the need to invest one unplanned cent. All you need are card readers, cameras and internet connectivity, but not a single server or storage device, unless you want that for backup reasons.”

“You don’t even need to install network infrastructure,” adds Forrester. “As long as there is an Internet connection you can extend your security solution to all locations. The beauty of a hosted system is that all the information gets stored in one place and is accessible from anywhere.”

Consequently, hosted security solutions save money. According to Forrester, a company can save up to $13,000 in initial investments compared to an in-house solution. Over a four-year span, savings in Total Cost of Ownership (TCO) approach $50,000. Besides cost savings, a hosted solution offers easy access to the client. “You may access video from wherever you want, be it an iPhone or a PC. The system simply sends a web link you may enter at your convenience to watch the piece of video,” says Forrester.

Video’s bonus benefits
Having access to live video footage adds other dimensions besides security. To industries such as restaurants, remote surveillance may enhance customer satisfaction. The owner can monitor the flow of guests and supervise staff members without being there.

“The more intelligence you add to the system, the less manual monitoring and analysis of video footage is required by the customer,” Nilsson says.

Monitoring your own employees via camera may sound unappealing but the facts, Nilsson points out, show that roughly half the losses occurring in restaurant and retail industries are the result of insider jobs.

“Securing legally binding evidence that ties a perpetrator to a specific act is greatly eased by video footage,” says Nilsson. “Most suspects confess immediately upon being presented with video evidence, thus saving time and legal costs.”

Apart from the retail and restaurant sectors, property management, utilities, communication companies and oil companies are other promising markets for hosted solutions, since they commonly have many remote and/or scattered facilities.

Sensitive monitoring
A perceived problem with hosted security solutions, some say, is the use of public Internet for sending possibly sensitive information.

In addition to greater security, the general growth in IT infrastructure has also served to boost the capabilities of web-based video and other security applications. Bandwidth is finally becoming large enough to be able to handle large amounts of video. Compression technologies have also improved, which means the race towards high-definition (HD) footage is not accompanied by a similar rise in bandwidth demand.

To be sure, an alarm can be triggered by many causes. One dimension offered by Reach’s system is termed environmental monitoring. Here, the video and alarm is linked to a sensor that detects changes in, for example, temperature, humidity or moisture. Video footage aids trouble shooting and problem solving, notes Forrester:  “You can decide whether impromptu action is needed to forestall a disaster. Is it a dripping tap or a major disaster that is affecting the sensors in your warehouse?”

To conclude, market take-up of the new integrated video/access solution has, so far, been comparatively slow, a development which Forrester attributes partly to the conservative attitudes prevailing in the security sector. “Mistakes are fatal so if you have something that works people are very reluctant to move to something new. Our challenge is to establish a distribution channel and convince people that the value is greater than the risk.”

But he remains optimistic:  “We have the perfect solution for the future – I just don’t know how far away the future is.” 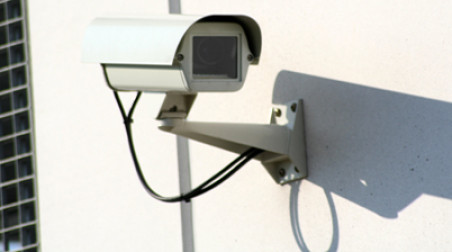